The U.S. housing market has been hit hard by what’s been referred to as the worst economic downturn since the Great Depression. Mortgage rates dipped to lows that hadn’t been seen in decades. Now, the housing market is still struggling and mortgage rates are on the rise.

1.) The new Consumer Financial Protection Bureau will start operating. Confusing, unclear and seemingly conflicting documentation has been implicated in the mortgage-market mess, and a push for more explicit yet simpler forms for consumers to review and sign are thought to be the bureau’s top priority.

2.) Fannie Mae and Freddie Mac will change . . . maybe. Reforming the government-sponsored enterprises (GSEs) has been an on-again, off-again, crusade for the last couple of administrations. There has been some talk of perhaps a five-year wind-down plan for the GSEs, some discussions of separating their “public” function of securitizing mortgages from their “private” investment portfolios, and both have proved useful to politicians at various times.

3.) The economy improves. If you want to know what will happen to mortgage rates in 2011, watch what happens to the economy. The labor market recovery is expected to gain momentum as the year progresses, but unemployment will remain stubbornly high for perhaps years to come. With that being said, continual but gradual improvement seems likely. As the economy finds firmer footing, so will mortgage rates.

4.) Homebuyers return in greater numbers. Without a competitive private market, the restrictive standards put in place by the GSEs over the last couple of years will continue to be the only game in town and will continue to limit access to the cheapest mortgage credit.

5.) The “distressed” real estate market improves. Recently, there was a slight improvement in the number of “underwater” homes that occurred not because of any gains in home prices, but rather because a rise in foreclosures produced a final “cure” that loan modifications did not.

6.) A “soft demise” for the Home Affordable Modification Program. By now, it should be fairly clear that the Obama administration’s goal of saving 3 million to 4 million homeowners from foreclosure by 2012 was wildly optimistic. By the program’s end, we may not even make half that number, but the administration is claiming some success in shaping and focusing the loan servicing industry to deal with borrowers in crisis, fostering more private and lasting modifications.

7.) Mortgage rates remain favorable. Borrowers will again have to become accustomed to rates in the low- and mid-5% range for 30-year fixed loans. Still, much of the year should continue to feature rates that rank among the best seen in a generation or more, even if they don’t test record lows. The low mortgage rates of 2010 came as a result of multiple financial panics and investor fears of more losses, and to wish for their return is to hope for renewed economic catastrophe.

8.) The Federal Reserve’s Quantitative Easing 2 (QE2) program ends. Initiated in November 2010, the Fed’s program of purchasing Treasury securities in hopes of fostering lower interest rates has had the exact opposite effect, and interest rates have risen off their panic-level bottoms. This is partly due to an improving economy and partly due to the expectation that the Fed’s moves will further spur economic growth in 2011. We’ve come to believe that the Fed is using the program to buffer the market, keeping market interest rates from rising more quickly than it would like.

To read more on this story visit:
http://money.msn.com/home-loans/8-keys-to-2011s-mortgage-market-hsh.aspx

If you have any questions on this topic or are in need of a financial fresh start, please contact our experienced team of bankruptcy and foreclosure defense attorneys at (305) 285-9100. You can also find useful consumer information on the Kingcade & Garcia, P.A. website at www.miamibankruptcy.com.

Debt Consolidation: What will it do to my credit score?
November 17, 2017
New York State Accepting Applications for Student Loan Debt Relief
January 8, 2016 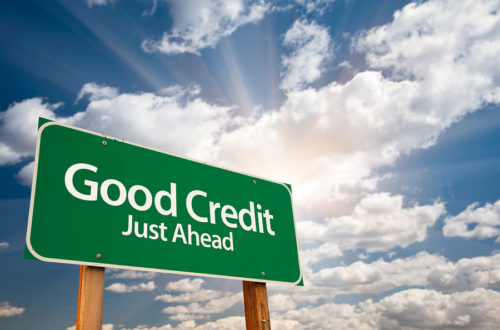