The Federal Trade Commission recently filed a lawsuit against American Credit Crunchers, a fraudulent debt collection company that reportedly collected more than $5 million in debt that was never owed by consumers. The company used a call center in India, where callers threatened legal action and utilized other intimidation methods to scam people into paying debt they did not actually owe. The company collected personal information from each individual they contacted to make the scheme appear more legitimate. It was reported that during the course of the scam, the company contacted more than 8 million people during an 8-month period of time.
The company zeroed in on those who were struggling financially, and would be more likely to fall for the scam. In many cases, the collectors posed as federal officers from the “Federal Department of Crime and Prevention,” which does not actually exist. Like many cases, JanLaree DeJulius, was conned into believing she was in debt due to a loan her ex-husband had taken out, but already paid off. DeJulius was told federal officers would arrest her at her place of work if she did not pay the amount immediately. The fictitious company has since shut down its operations and taken down their website. Charges have also been filed against a company affiliated with American Credit Crunchers called Ebeeze and the owner of both companies, Varang K. Thaker.
To read more on this story visit: http://www.sun-sentinel.com/business/careers/la-fi-phantom-debt-collection-20120222,0,3451588.story
If you are in a financial crisis and are considering filing bankruptcy, contact an experienced attorney who can advise you of all of your options. Since 1996 Kingcade & Garcia, P.A. has been helping people from all walks of life build a better tomorrow. Our attorneys’ help thousands of people every year take advantage of their rights under bankruptcy protection to restart, rebuild and recover. The day you hire our firm, we will contact your creditors to stop the harassment. You can also find useful consumer information on the Kingcade & Garcia, P.A. website at www.miamibankruptcy.com. 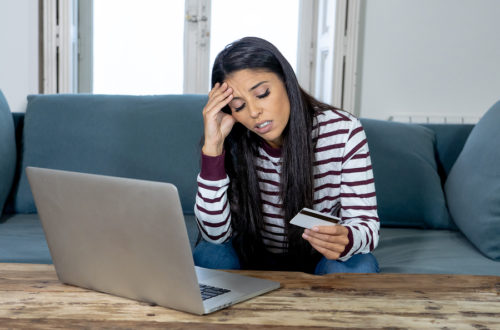 Credit Card Debt and the Effects It Can Have on Your Health
October 23, 2019
5 Steps to Slow Down the Foreclosure Process in Florida
May 23, 2019
Bankruptcy is an Option to Help You, Not Hurt You
September 12, 2012