The record setting $16.7 billion settlement between Bank of America and the Justice Department, was a big deal last August. Bank of America agreed to the settlement regarding questionable mortgage practices. The bank was required to provide $7 billion for consumer relief, including loan modifications.

Since the settlement, there have been questions as to whether the money will go to those deserving it, or if Bank of America will be allowed to claim credit for the relief well beyond the actual value. The bank has made a $3.4 billion profit, a vast improvement from the $276 million loss, one year before.

According to the settlement, the bank was expected to reduce or forgive first and second mortgage amounts owed, as well as make loans more affordable for borrowers. In return, the bank was to receive a specified dollar amount of credit for these reductions. Several borrowers were told that the bank intended to “forgive” certain loans discharged in their bankruptcies, but those debts were already forgiven.

Florida borrower, Patti Coleman received correspondence from Bank of America earlier this year, stating that Ms. Coleman had been approved for a “full principal forgiveness” of $54,732 for a home equity line of credit, and that she would “no longer owe” the amount. However, Ms. Coleman’s 2010 bankruptcy had already discharged this debt. In an interview, she stated, “In my Chapter 7 filing, the debt was extinguished. They can’t come back to me and try to collect.”

It did state in the letter that Ms. Coleman’s debt was discharged under bankruptcy law, and that she is not personally liable for it, but such a large amount may automatically counted unless she contacted Bank of America to opt out. This suggests that under the Justice Department deal, the bank will still claim credit for these loan forgiveness actions.

A Bank of America spokesman, Richard Simon, argued that Ms. Coleman’s offer from the bank was an opportunity for her to eliminate the lien the banks still holds and clear title to the property. “The vast majority of customers benefit when their second lien is extinguished,” he stated. Mr. Simon was unable to comment when questioned if Bank of America would be submitting the $54,732 that Ms. Coleman no longer owes on her home equity loan.

Under the settlement, Bank of America receives additional credit, over $1 for every dollar of forgiven loans, if it provides certain types of relief by Aug. 31.

According to Jacksonville, Fla. Attorney Chip Parker of Parker & DuFresne, over 100 attorneys said they had clients who have received these letters. “Releasing a debt that has already been discharged is not in the spirit of the settlement. My concern is that the bank will use these cases to avoid having to give true principal reductions to people who need it. ” Mr. Parker said.

“We are working out the definitions and methodology of checking the credits the bank seeks.” said Mr. Green. He also said that bankruptcy discharged loans will not be acceptable for credit. Regarding Ms. Coleman’s case, Mr. Green concluded it to be an honest mistake. Periodic reports on the bank’s progress will be filed by Mr. Green’s office. His office has already completed a report for February and another is expected at the end of July. 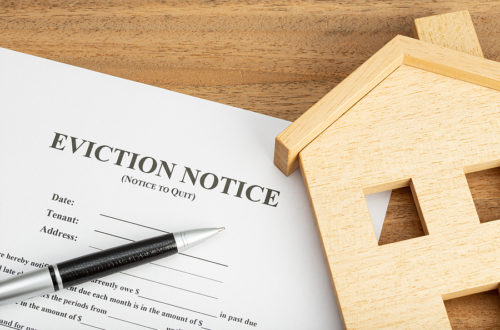 Evictions Pile Up as DeSantis’ Moratorium Set to Expire in Florida
September 1, 2020