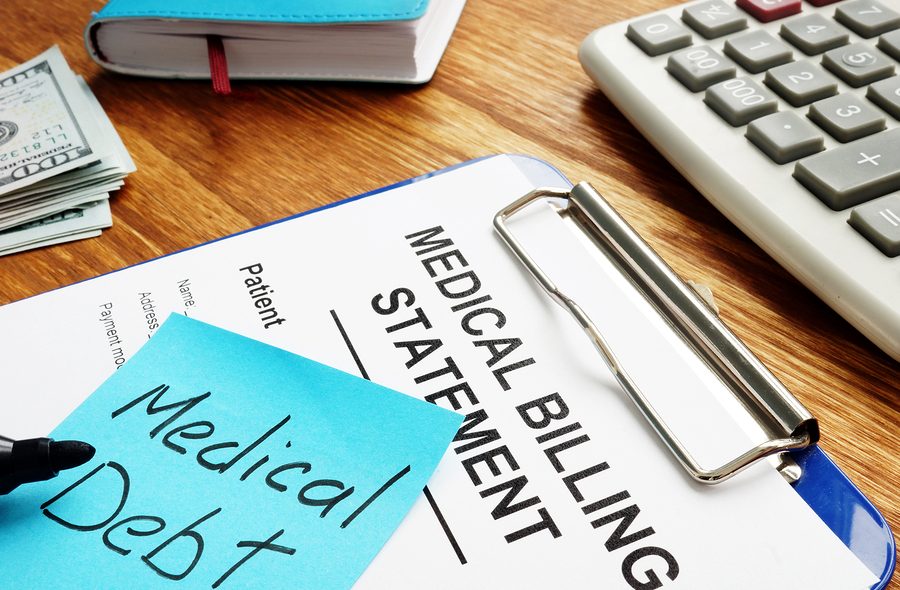 Medical debt is a financial stressor for many Americans. A vital medical procedure or trip to the emergency room can set someone back thousands of dollars in medical bills, even with insurance coverage. However, if the patient is not able to pay back these bills, that medical debt can turn into an even bigger problem if it’s reported to the credit bureaus.

According to a study from Families USA, approximately 5.4 million Americans were laid off, losing their health insurance coverage between February and May 2020. This figure is 40 percent higher than the previous recorded annual losses. Without health care coverage, it is safe to assume many of these bills will go unpaid.

Generally speaking, when a bill is not paid, the creditor reports this missed payment to the three major credit reporting bureaus. However, medical providers do not usually report this information after one or two missed or late payments. It is not until the medical debt is sold to a third-party debt collector who pursues payment on the bill that the debt is reported.

Medical providers vary on when they sell their debts to a third-party collector. Some will do it as soon as 60 days after the payment is missed while others will wait for 180 days. Even if the debt is later reported to a collection agency, all three of the major credit reporting bureaus can issue a 180-day grace period before adding the medical debt to the person’s credit report. The goal of this grace period is to give the individual time to resolve the debt through his or her insurance or through a payment plan since, unlike other types of debt, medical bills often take time to be processed by insurance.

Occasionally, errors do occur. For example, the insurance company can improperly charge a medical service, resulting in too much being billed, or a service being incorrectly reported. In these situations, once the insurance discrepancy is resolved, the item can be removed from the consumer’s credit report.

If the consumer pays the debt off himself or herself, however, the debt can potentially remain on the credit report for up to seven years, which is the traditional length of time most debts remain on a person’s credit report.

Some of these newer credit scoring models also give medical debt less weight when compared to other forms of debt. According to FICO, the reason for this difference is consumers who have unpaid medical debt in collections are less likely to default on credit accounts than those with unpaid non-medical collections. The FICO 9 model will also not take into account any medical debt with a balance of less than $100.

If someone has medical debt on his or her credit report, the first step that person should take is to verify the debt. Ensure that insurance has been properly processed and that the services billed are correct. If anything is incorrect, contact the medical provider to correct the bill. Additionally, medical debt is often much easier to negotiate than other types of debt. Many medical providers are more than willing to work with the patient on a payment plan that works with his or her budget. Most of the time, they would much rather work out an agreement to eventually pay off the debt instead of paying a collection agency to pursue the matter.

Those who have experienced illness or injury and found themselves overwhelmed with medical debt should contact an experienced Miami bankruptcy attorney. In bankruptcy, medical bills are considered general unsecured debts just like credit cards. This means that medical bills do not receive priority treatment and can easily be discharged in bankruptcy. Bankruptcy laws were created to help people resolve overwhelming debt and gain a fresh financial start. Bankruptcy attorney Timothy Kingcade knows how to help clients take full advantage of the bankruptcy laws to protect their assets and get successful results. Since 1996 Kingcade Garcia McMaken, P.A. has been helping people from all walks of life build a better tomorrow. Our attorneys’ help thousands of people every year take advantage of their rights under bankruptcy protection to restart, rebuild and recover. The day you hire our firm, we will contact your creditors to stop the harassment. You can also find useful consumer information on the Kingcade Garcia McMaken, P.A. website at www.miamibankruptcy.com.

Hiring the Right Bankruptcy Attorney
May 27, 2014 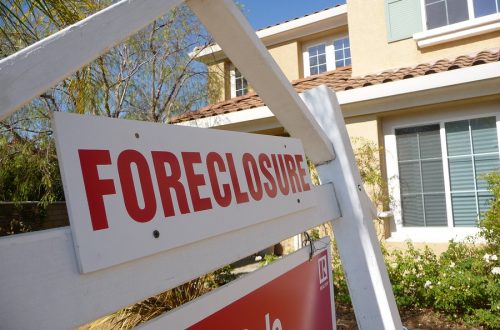 Foreclosure Report 2021: What to Expect in the Coming Months
February 18, 2021
Important Tax Deductions You Probably Don’t Know About
January 31, 2017