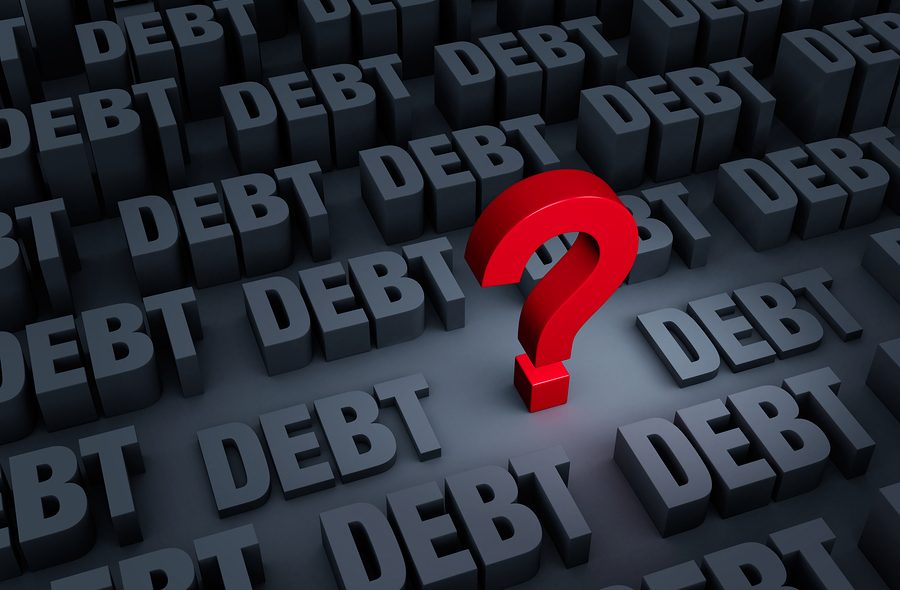 Once a debt is past a certain age, collecting on that debt through legal channels is barred under Florida’s statute of limitation laws. However, if the person owing the debt is not careful, the debt can be reset, making the amount owed legally collectible once more. Knowing what to do to prevent that from happening is important for this reason.

Understanding the Statute of Limitations

Every state has a set of laws that governs how long a person or entity has to bring a legal claim on any given issue, including debt collection. If a claim is brought after that period has passed, the claim will likely be barred. When it comes to debt collection, this timeline is five years from the date the debt began for written contracts, including personal loans. If the debt is one with a revolving account, including credit card debt, the statute of limitations is four years. 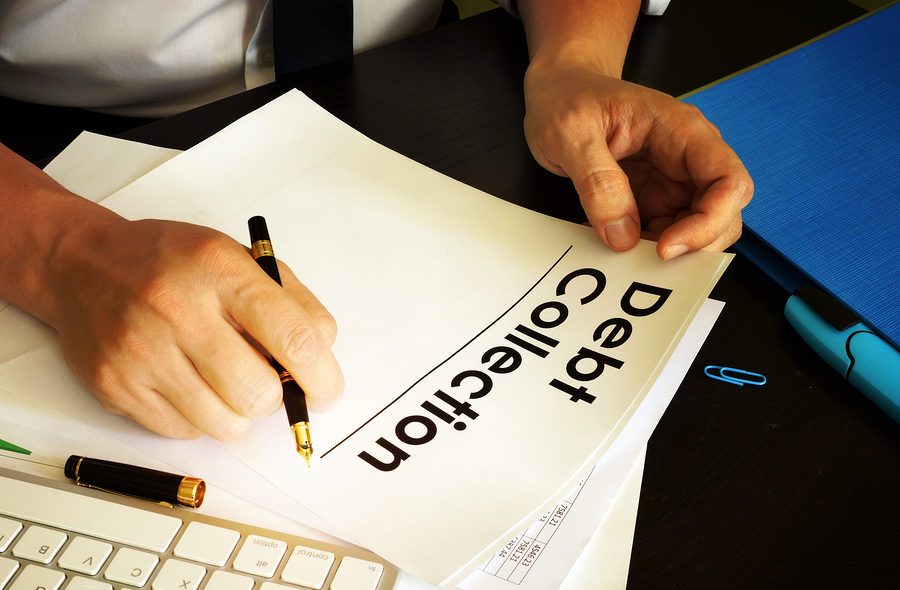 A new rule is being proposed by the Consumer Financial Protection Bureau (CFPB) that would require debt collectors to notify consumers as to whether they can be legally sued for a debt they are attempting to collect. This rule follows complaints made by consumers regarding debt collectors threatening to collect on debts that they otherwise would not be able to pursue legally.

Every state has statutes of limitation which control how long an individual or entity can bring a legal action. For collection of debt, this timeline in Florida is five years for debts resulting from written contracts, such as personal loans, and four years for oral contracts or revolving accounts, including credit cards. If a creditor contacts a consumer regarding a debt past that deadline, the consumer is not under any legal obligation to pay.

When it comes to debt collections, certain rules do exist as to how long a debt collector can attempt to collect on a debt. These rules apply to the actual lawsuits themselves, as well as credit reporting.

However, the problem is the debt collectors are not obligated to tell the consumer that they are past the statute of limitations. It is up to the consumer to do the research and know his or her rights if a debt collector is trying to communicate with a them regarding an old debt.  There are ways to deal with old debt. Most states have a statute of limitations for debt collections that restricts collections on debts that are four to six years after the date the debtor last made a payment.

Technically, while there are laws that state how long a debt collector can take legal actions to collect on a debt, there is no law saying they cannot keep trying to contact the individual to pay on the amount.  For all purposes, the original creditor can try to get the individual to pay indefinitely, unless the debt has been settled or discharged in bankruptcy.

If someone calls to collect payment on a debt you were unaware of, it’s important to ask the following questions to ensure you are not getting scammed.
1.) Basic Information: Whether the collection caller is attempting to collect on a real debt or if it’s a scam, the caller is going to ask you questions. Make sure and ask some of your own. A real collector is going to provide you with the company name, address and phone number. Scammers will likely refuse to give you this information.
2.) Get Confirmation: A genuine debt collector has five days from the first phone call to send you written confirmation of the debt. That confirmation letter should be more than a demand to pay. It should also spell out some of your rights and include information on the collection agency, such as the company name, mailing address and phone number.
3.) Verify that the agency exists: Input the company name and/or phone number into an Internet search engine. Have there been any complaints against them? Confirm that the company is licensed or allowed to work in your state. Some scammers will claim to be from genuine collection firms or attorney’s offices. Contact your state attorney general’s office or department of consumer affairs and verify this- and most importantly, do NOT disclose any personal information to them.
4.) Pull your credit report: Credit reports provide a quick snapshot of your current debts. If someone calls and says you owe money and it is not listed on your credit report, it’s like to be a scam. Consumers should be checking their credit reports at least one a year. You can get each of your three reports free every year at AnnualCreditReport.com or by calling 877-322-8228.
5.) Check your state’s statute of limitations: If the statute of limitations has expired, the collector cannot make you pay. In addition, seven years after you went into default, the debt has to come off your credit report — even if it’s sold to collectors. No matter who owns it or when they bought it, it cannot be listed on your history or used to compute your credit score.
6.) Send for verification of the debt: After you’ve been contacted by a debt collector, you have 30 days to demand proof that it’s a real debt and that it belongs to you. If the debt isn’t an outright con, you want verification. As a return address, consider using a post office box or office address instead of your home address to protect your home address.
7.) Make sure you get real proof: The verification you receive could take many forms. It could be a copy of your contract with the original creditor, a copy of the charge-off statement or an invoice from the original creditor. Or it could simply be information about the debt, such as the original creditor’s name, the account number, charge-off amount and current balance. The collector should also be able to furnish at least the last four digits of your Social Security number.
8.) Determine if it’s yours—and theirs: When you receive the verification information, read it carefully. Check the billing address, the styling of your name, the middle name or initial listed and even designations like “Jr.” or “Sr.” If anything is off, it could be a case of mistaken identity or a scam. You also want to make sure the debt is being handled by the agency that contacted you.
To read more on this story visit: http://money.msn.com/debt-management/is-that-debt-collector-a-scammer-bankrate.aspx.
If you are in a financial crisis and are considering filing bankruptcy, contact an experienced attorney who can advise you of all of your options. Since 1996 Kingcade & Garcia, P.A. has been helping people from all walks of life build a better tomorrow. Our attorneys’ help thousands of people every year take advantage of their rights under bankruptcy protection to restart, rebuild and recover. The day you hire our firm, we will contact your creditors to stop the harassment. You can also find useful consumer information on the Kingcade & Garcia, P.A. website at www.miamibankruptcy.com.

For people struggling with debt, receiving letters demanding payment is a frequent occurrence. But for individuals who believed their debt was “charged-off,” receiving such a letter can be a shock, especially if the creditor is now demanding payment of many years of interest.

This is the situation one couple found themselves in recently. After working hard to pay off outstanding debt, the couple thought they were positioning themselves to rebuild their credit score. Then they received a letter from Capital One requesting payment for a $2,000 credit card debt from ten years ago. The company also added interest for the past decade, and they are claiming the couple now owes more than $5,000 for that debt.

The couple has not received bills or requests for payment since 2000, and their financial counselor did not see any outstanding debt with Capital One. The couple reasonably believed that the company had written the debt off, and they no longer owed anything.

In fact, that’s true. The outstanding $2,000 plus interest is not collectible. The state in which the couple lives has a statute of limitations for collecting debts, so Capital One cannot sue the couple over this debt. But the letter demanding payment nearly tricked them into paying money they do not technically owe anymore.

According to Capital One, the company sent out this kind of demand letter to comply with a new federal regulation. Technically, creditors must send out notifications if they are still charging interest on old debts. However, the company is likely using this as an opportunity to try to convince debtors to pay back money that they no longer owe.

It is important for individuals who have received similar letters to know that they are not in danger of facing a lawsuit to collect that payment. The company can send demand letters, but they cannot legally take any action other than asking for payment.

If you have any questions on this topic or are in need of a financial fresh start, please contact our experienced team of bankruptcy and foreclosure defense attorneys at (305) 285-9100. The day you hire our firm, we will contact your creditors to stop the harassment. You can also find useful consumer information on the Kingcade & Garcia, P.A. website at www.miamibankruptcy.com.