On February 19, 2016, a Northern District of California bankruptcy judge ruled in In re Hashfast Technologies LLC that, for purposes of valuation under the fraudulent transfer provisions of the U.S. Bankruptcy Code, Bitcoin is not the equivalent of U.S. dollars.

The case involved an adversarial proceeding brought by the bankruptcy trustee against a medical doctor who had been paid 3000 Bitcoin in 2013 by Hashfast Technologies LLC to promote Hashfast’s Bitcoin business. Evidence showed that, although the 3000 Bitcoin had an approximate value of $360,000 when “paid” to the defendant in 2013, it had since appreciated to a present day value of $1.2 million.

Hashfast filed for bankruptcy in May 2014, and the trustee sued to avoid the Bitcoin transfer under the fraudulent transfer provisions of the Code. The dispute that led to the ruling was how the Bitcoin should be valued for purposes of recovery to the estate should the transfer be successfully avoided. Was Bitcoin property (to be valued at its current value) or currency (to be valued as of the time it was transferred)?

Under Section 550(a) of the Code, if a transfer is successfully avoided, the trustee is entitled to recover “the property transferred, or, if the court so orders, the value of such property.” Thus, the trustee argued that the Bitcoin were property and that the estate was entitled to recover either the 3,000 Bitcoin or their current appreciated value of $1.2 million. The defendant in turn argued that Bitcoin were not property for purposes of Section 550(a), but rather the equivalent of their lower U.S. dollar value.

The judge concluded that Bitcoin were “clearly property.” He ruled that “[t]he court does not need to decide whether bitcoin are currency or commodities for purposes of the fraudulent transfer provisions of the bankruptcy code. Rather, it is sufficient to determine that, despite defendant’s arguments to the contrary, bitcoin are not United States dollars. If and when the Liquidating Trustee prevails and avoids the subject transfer of bitcoin to defendant, the court will decide whether, under 11 U.S.C. § 550(a), he may recover the bitcoin (property) transferred or their value, and if the latter, valued as of what date.” 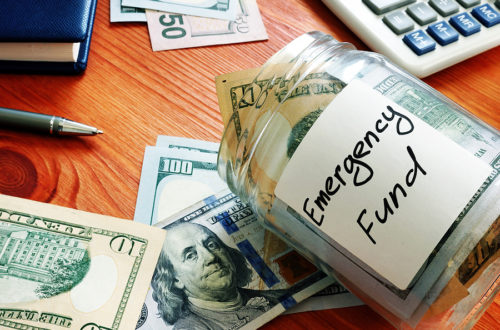 When You Should Use Your Emergency Fund
June 30, 2020
Foreclosures and Short Sales Decline in South Florida
March 31, 2014
Parents Accrue Additional Debt for “Happier” Holidays
December 23, 2013