When a couple goes through a divorce, their property and finances are not the only thing that is divided in the legal proceedings. Many times, couples end up having to divide debt. The following rules determine how debt is handled in divorce.

In Florida, property and debts are handled using the concept of equitable distribution. Many states require that property and debt be divided equally under the concept of community property, but Florida requires more of an equitable or “fair” division of assets and debts. This normally results in a relatively equal division, but equitable does not always result in a precise, equal division.

Before debt or property can be divided in Florida, the court must determine whether any of it is considered separate property or debt. For purposes of debt, it is considered separate if one spouse incurred it before marriage. Sometimes this separate debt can be defined in a premarital agreement signed by both parties. Other times it can be something a little more distinct, such as student loan debt that one spouse incurred years before the parties met. The longer parties are together, the trickier it can be to determine that debt is separate. If the parties were not married but were in a relationship and the debt was incurred, it can also be complicated in definitively stating that the debt belongs to one person over the other. This determination is highly fact-specific and depends largely on the circumstances of both individuals involved.

When making an equitable distribution, the court will look at many different factors before deciding who will receive each debt. The court will look at the behavior of each spouse during the marriage. For example, if one spouse had reckless spending habits and incurred most of the debt during the marriage, the court may assign that debt to that spouse. Additionally, if one has a higher earning ability and made most of the income during the marriage, the court may believe that it will be easier for that spouse to pay off the debt after the divorce is finalized. As a result, the debt distribution may not necessarily be equal, although it will be considered fair in the eyes of the court.

How Do Creditors View Divorce Decrees?

One important factor all clients should keep in mind is just because the divorce decree says one spouse must pay a debt does not mean the original creditor for that debt has to honor the divorce decree. This fact is why many divorce judgments require spouses to refinance any debts they can handle after the divorce is final. However, other debts may not be able to be refinanced, which makes the situation more complicated if the spouse who was ordered to pay them does not end up paying the debts, as ordered. If the spouse who was ordered to pay the debt does not follow the court order, resulting in creditors going after the other spouse, he or she can then seek legal remedies in the family law court where the divorce was issued.

Deciding which debts should be assigned to each spouse can become complicated in a divorce. While a bankruptcy may discharge a debt it does not discharge spousal obligations. If one spouse must pay a particular debt per the divorce decree, it does not alter the other spouse’s obligations toward that creditor. It may be in both spouses’ best interest to file bankruptcy and discharge combined debts prior to a divorce. Filing for bankruptcy jointly will allow for all debts to be addressed in one case. 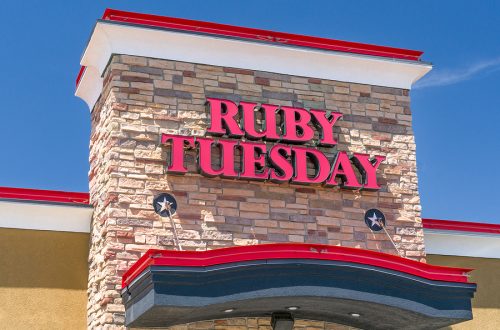 Growing Number of Retailers and Restaurants Are Folding as the Covid-19 Pandemic Continues
October 9, 2020
The Affects Bankruptcy has on Children
September 14, 2015