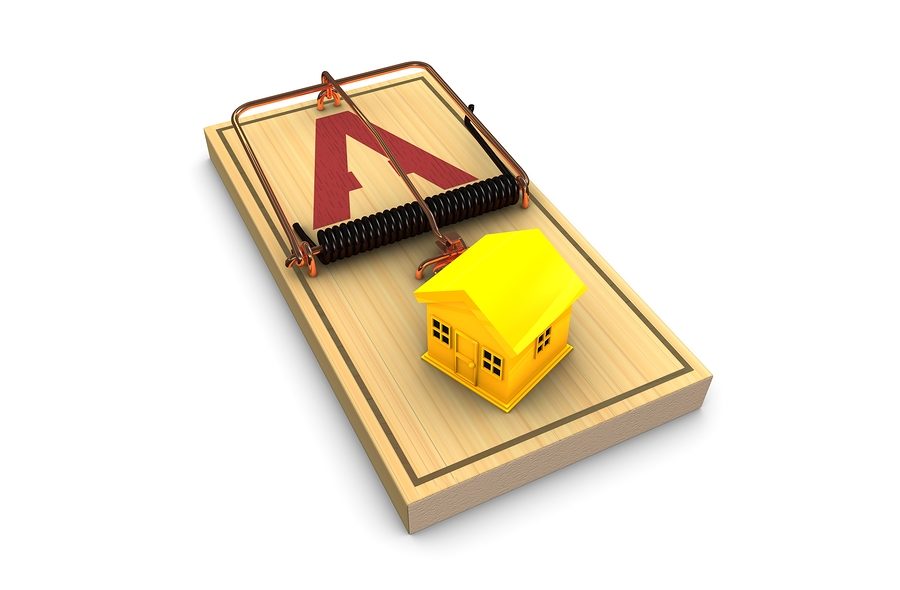 When someone is at risk of losing his or her home, that person may be willing to take any offer, even one that sounds too good to be true. Many foreclosure scams exist, built on false promises and deception. It is important that consumers be aware of these scams and recognize the red flags in advance.

While the types of foreclosure scams vary, they do have one thing in common. They are built on false promises, and prey on financially distraught homeowners who fear losing their homes. These companies swoop in and take advantage of someone when they are at their most vulnerable and are desperate for any type of assistance.

Eleven people involved in a national foreclosure scam were indicted this week by a federal grand jury in connection with a scheme to defraud homeowners desperate to save their homes. These 11 people come from five different states in connection with the scam. They stand accused of making promises to homeowners that they would negotiate with their mortgage lenders to protect them from losing their homes in foreclosure but never did anything on behalf of the homeowners after money was paid.  This is a common scam we have seen so many times before.

What these parties are accused of doing is using multilevel marketing schemes for recruiting homeowners facing foreclosure. The companies encouraged their employees to be aggressive in pushing homeowners to get on board with the program. They would search court records and online databases to find people who they know were facing foreclosure and were vulnerable and desperate to do whatever necessary to stay in their homes. The individuals targeted were living in states where foreclosure rates were particularly high- including Florida.

The reports show some examples of how persistent these companies were at recruiting homeowners to cooperate with them. In southern Ohio, more than 22,000 postcards were mailed to homeowners, indicating that the company could stop the foreclosure from proceeding or could stop a sheriff sale if the homeowner paid a fixed fee to the company first. In addition, these companies made promises that they could also negotiate the release of mortgage loans for a deed in lieu of foreclosure sale or a short sale or could stop a foreclosure sale from proceeding. They also made statements that, for a fixed fee, the company could achieve the short sale price at a fraction of what the homeowner owed on the mortgage.

Once the victim of the scam paid the upfront fee, there was never any negotiation done on their behalf.  It was a typical “take the money and run” scheme, and the homeowner wound up not only losing their home but additional money in the process that they paid to the company.

A number of South Florida homeowners were recent victims to two scam artists, posing as attorneys promising mortgage relief, but instead pocketed the upfront fees they charged.  Joseph Anton Hilton and Adam Todd Forman plead guilty to federal charges in connection with the scheme.

Authorities say the pair operated phony law firms based in Coral Springs, Boca Raton and West Palm Beach, FL.  The pair posed as lawyers and even manipulated real attorneys into working on their behalf. They tricked homeowners into paying legal fees in lieu of making mortgage payments. Hilton and Forman targeted homeowners across Florida and in other states, including New Jersey and Ohio, according to authorities.

The Attorney General’s office said the fake law firms had more than 300 clients who could have potentially been harmed.

If you are in financial crisis and considering filing for bankruptcy, contact an experienced Miami bankruptcy attorney who can advise you of all of your options. As an experienced CPA as well as a proven bankruptcy lawyer, Timothy Kingcade knows how to help clients take full advantage of the bankruptcy laws to protect their assets and get successful results. Since 1996 Kingcade Garcia McMaken has been helping people from all walks of life build a better tomorrow. Our attorneys’ help thousands of people every year take advantage of their rights under bankruptcy protection to restart, rebuild and recover. The day you hire our firm, we will contact your creditors to stop the harassment. You can also find useful consumer information on the Kingcade Garcia McMaken website at www.miamibankruptcy.com.