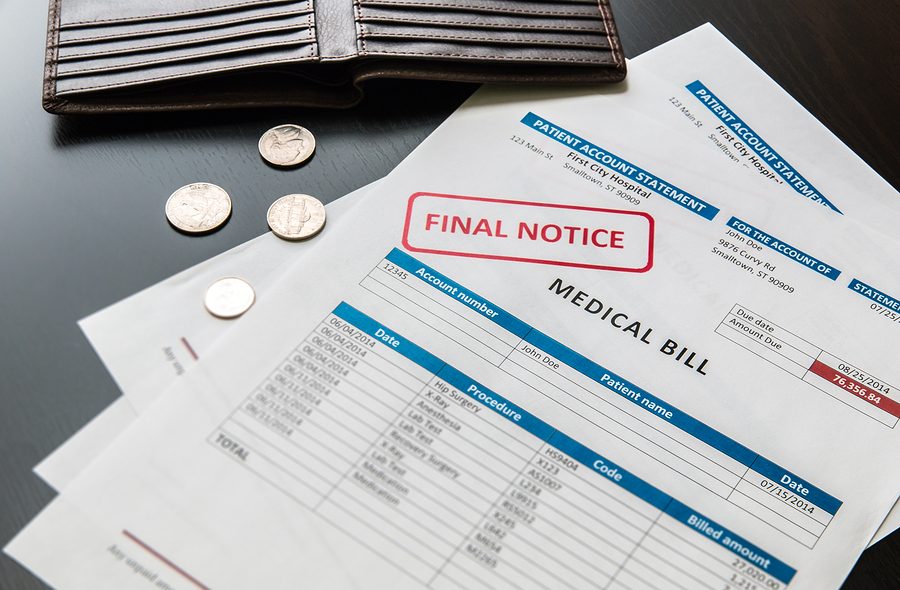 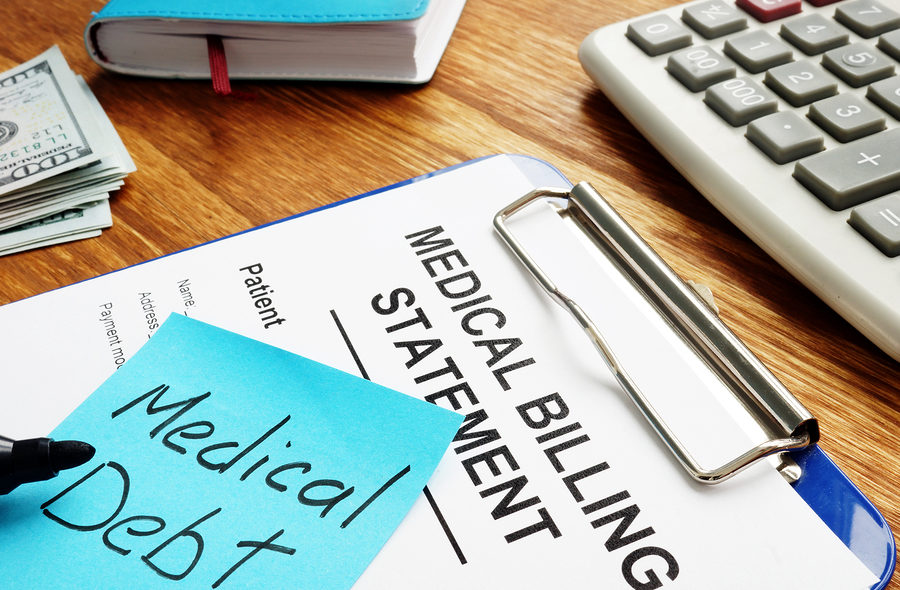 After suffering a serious injury or illness, it can be hard to pay the bills that inevitably follow. Considering how many Americans are now facing medical debt in light of the coronavirus (COVID-19) pandemic, many wonder the effects this will have on their credit score and how long the debt will remain on their credit report.

Medical debt is an issue that plagues many Americans. It only takes one major medical crisis to set a person back hundreds, even thousands of dollars. According to the Kaiser Family Foundation, one in every three Americans report having difficulty paying their medical bills. As a result, a number of these individuals end up having their medical bills go into collections.

If you are one of the millions of Americans struggling with medical debt, remember you are not alone, and you do have options.

Negotiating a Settlement with Service Provider or Debt Collector.

If the debt has not been officially sent to a third-party debt collector but is being collected by the original service provider, the consumer can often work directly with that company to negotiate either a payment plan or settlement of the debt owed. The same could be said for if the debt has been sent to a third-party debt collector, although the entity contacted to negotiate on the debt will be different. This settlement can be done through three different possible methods including:

A lump sum payment is a common method used so long as the person has enough money to pay a large amount. The debt collector often would rather have some level of payment rather than nothing at all, so they will often take a lump sum payment to close the account, although the amount owed may be slightly less than what is paid. Many times, this method is preferred because the creditor or debt collector would rather receive a large lump sum of money immediately instead of keeping the negative account on the books or having the consumer file for bankruptcy where the debt would be discharged.

While very similar to a lump sum payment, some creditors will accept a specific percentage to pay off the debt, such as 25 to 30 percent, while forgiving the remainder owed. However, this type of settlement depends heavily on the balance. If someone owes a small balance, the percentage the creditor will accept may be much higher than the percentage of a large balance. Additionally, if the person is suffering from a financial hardship, the creditor may be more willing to work with that person on a percentage payment. Also, if there is a strong threat of bankruptcy, the creditor may accept a lower payment rather than get nothing through a bankruptcy discharge.

Many medical providers will work with the account holder on payment plans if they are not able to pay the bill off in full right away. However, these agreements need to be worked out timely and not after missing several payments, causing the account to go into default. Both parties must agree on an amount and the terms of the payment plan.

Get any Agreement in Writing.

Whatever settlement is worked out between the creditor/collector and consumer, it is important that this agreement be documented in writing. Without a firm commitment on the amount agreed upon, the consumer will have nothing to hold the collector to in the event they dispute the arrangement. It also gives the consumer something legally enforceable in the event the agreement falls through.

Payments Made but Still Sent to Collections.

The unfortunate fact is even if the consumer is making payments on the debt, the unpaid balance can still be sent to collections. Ultimately, it is a business decision that is made by the medical provider (i.e. – doctor’s office, hospital or dentist). How they handle the account depends on many factors, including how large the balance is, how much is being paid monthly, and how long it will take to finally pay off the amount owed. For example, if the individual owes $15,000 and is only making $10 per month payments, the provider may ultimately find that this is not going to work and could send the claim to collections, even though the $10 monthly payments are being made. This action can be much harder to accomplish if the parties have a written payment agreement, which is why it is extremely important that the payment arrangement be in writing.

Refusal of a Payment Plan.

It is always possible that a medical provider will refuse a payment plan. They are not legally obligated to work with the customer on a payment arrangement. For the most part, medical providers will work out payment arrangements out of goodwill, but if the person asking for the payment plan has failed several times before, they are not legally obligated to work out an agreement. The same goes for a collection agency. However, collectors do often work on commission, and because of this, they will often accept a payment plan that will pay off the obligation quickly, closing the account, and getting them paid.

How Medical Debt is Handled in Bankruptcy.

In bankruptcy, medical debt is treated the same as credit card debt. Medical bills are listed as general unsecured debt and can be easily wiped out in a Chapter 7 bankruptcy filing.  Making the decision to file for bankruptcy is never an easy one.  It can be difficult to get past some of the myths associated with filing for bankruptcy. Sometimes by waiting, an individual facing a lot of debt can find himself or herself in an even worse situation. Filing for bankruptcy can help protect valuable assets, including your home, car, IRA and social security.  It will put an end to wage garnishment and any lawsuit being filed to collect on the debt, thanks to the protections of the automatic stay.

Those who have experienced illness or injury and found themselves overwhelmed with medical debt should contact an experienced Miami bankruptcy attorney. In bankruptcy, medical bills are considered general unsecured debts just like credit cards. This means that medical bills do not receive priority treatment and can easily be discharged in bankruptcy. Bankruptcy laws were created to help people resolve overwhelming debt and gain a fresh financial start. Bankruptcy attorney Timothy Kingcade knows how to help clients take full advantage of the bankruptcy laws to protect their assets and get successful results. Since 1996 Kingcade Garcia McMaken, P.A. has been helping people from all walks of life build a better tomorrow. Our attorneys’ help thousands of people every year take advantage of their rights under bankruptcy protection to restart, rebuild and recover. The day you hire our firm, we will contact your creditors to stop the harassment. You can also find useful consumer information on the Kingcade Garcia McMaken website at www.miamibankruptcy.com.

It only takes one medical crisis to set you back thousands of dollars.  In fact, medical debt is the number one reason people file for bankruptcy.  Many times, consumers have no idea that the medical bill is coming or how much it will be.  In fact, according to a study from Consumer Reports, more than one-fourth of Americans who have health insurance have received one of these “surprise” medical bill in the mail.

In the past, as soon as an individual failed to pay a medical bill, the medical service provider could report the individual to a credit reporting agency.

Unpaid medical bills affect your credit score. Typically, doctors and hospitals do not report debts to credit bureaus. Instead, they turn their unpaid bills over to a debt collector and it is the collection agency that reports them. Just one collection account can cause a good credit score to drop 50 to 100 points. Medical collections are no exception. Medical debt can remain on your credit report for up to seven years from the date of delinquency.

If you receive a medical bill that you are not able to pay, it is extremely important that you do not ignore the bill. If you are not able to make a full payment on the bill, it is important that you communicate this fact as soon as possible with the medical provider. Most healthcare providers are willing to work with you. At the end of the day, these providers would prefer to receive payment in lieu of going through collections to get their money.

Ignoring a medical bill can result in a lawsuit being filed against you. If you fail to address the legal case, the medical provider will get a judgment by default and will be able to garnish your wages as a result. If a lawsuit has been filed against you for an outstanding medical debt, it is important that you contact an attorney as soon as possible to protect your rights.