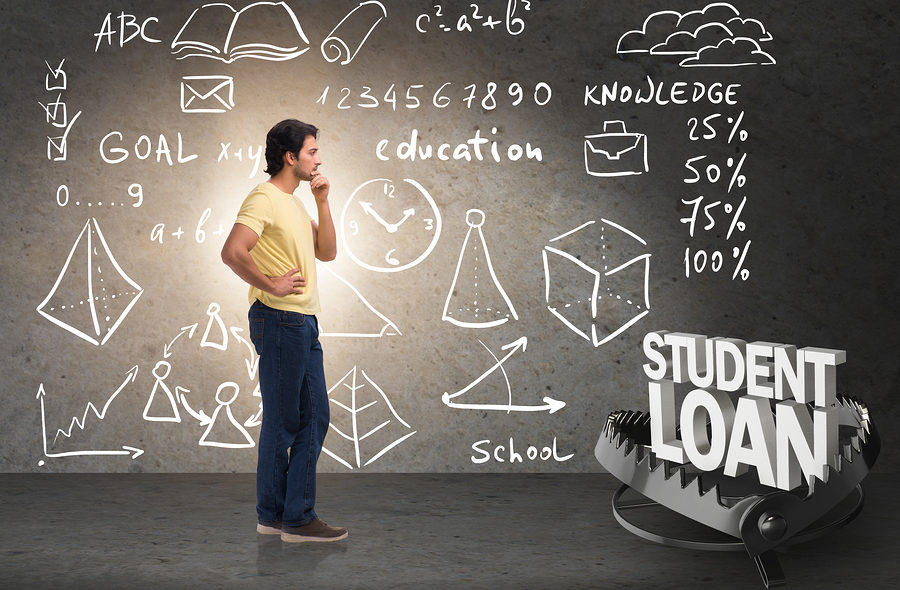 It remains unclear whether the student loan repayment pause will be extended by President Biden. Two primary economic concerns urge the delay of payments past Feb. 1: Rising Omicron cases could jeopardize workers’ return to work, and given the pandemic-exacerbated racial disparities, borrowers of color will face ‘undue hardship’ if payments are restarted too soon.

Student loans have been at the forefront of the COVID-19 relief offered through the federal government. The biggest source of relief came in the moratorium on federal student loan repayments issued by the Biden administration and was extended through the end of 2021. However, this moratorium is expected to end January 31, 2022, leaving many student loan borrowers left to wonder what is next.

It is estimated that $1.5 trillion in student loan debt is now owed collectively by U.S. student borrowers. Therefore, these measures have widespread effects for many American consumers. 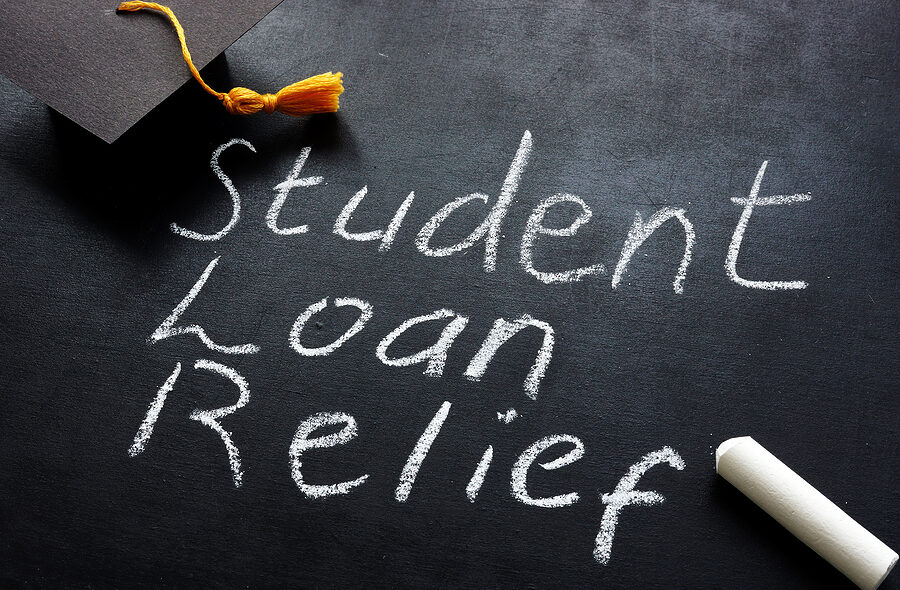 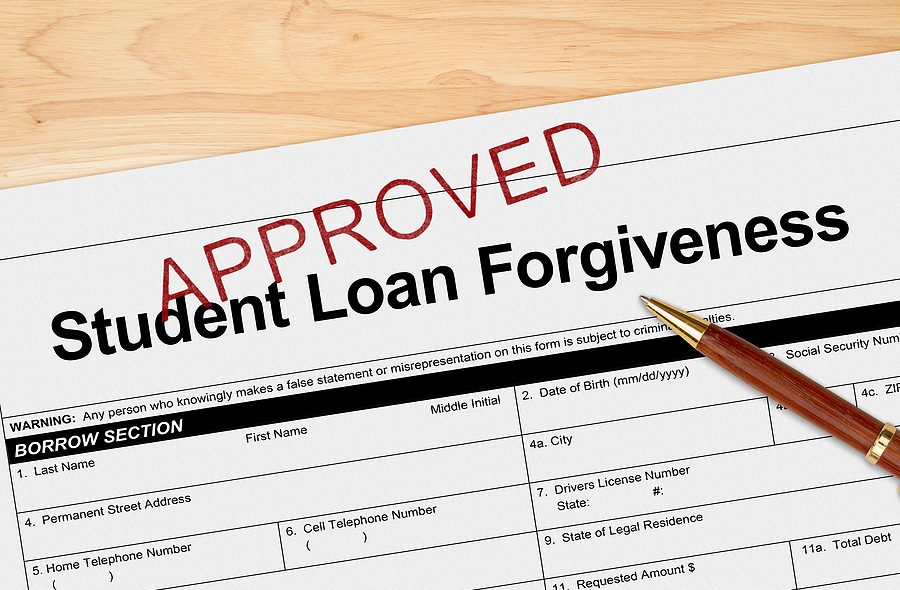 Since entering office, President Biden has made it his mission to stand up for the thousands of students who were taken advantage of by for-profit colleges. This most recent effort was focused on students who attended Westwood College, Marinello Schools of Beauty, and the Court Reporting Institute. Previously, the administration had approved loan forgiveness for students who attended ITT Technical Institute, the American Career Institute and Corinthian College. This is the first time the Department of Education has approved loan forgiveness for students attending for-profit schools not including these three. 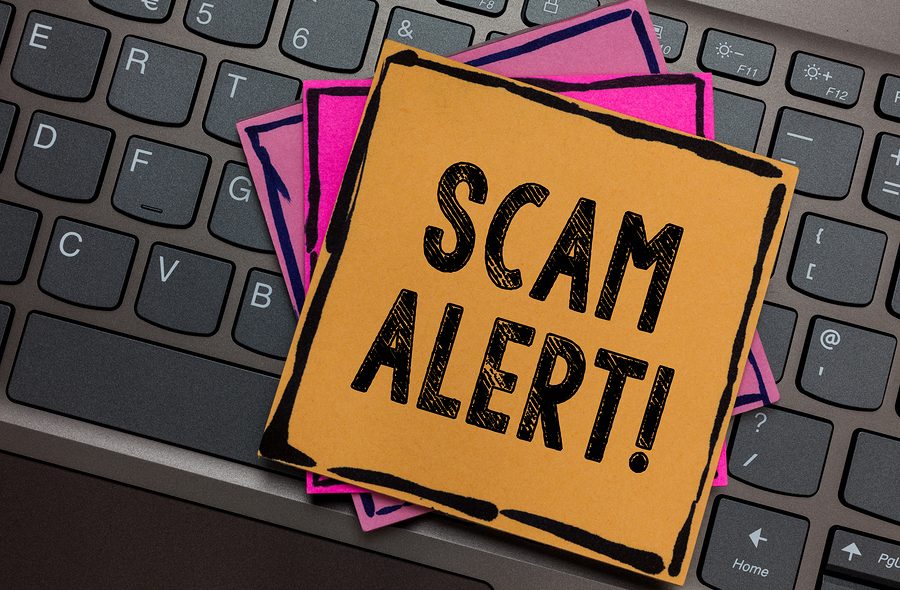 This recent Navient settlement came as part of a student loan forgiveness lawsuit. Navient is one of the country’s largest student loan providers, and while the settlement does not necessarily affect how much each borrower owes, scammers are targeting borrowers, by offering false claims of debt forgiveness. 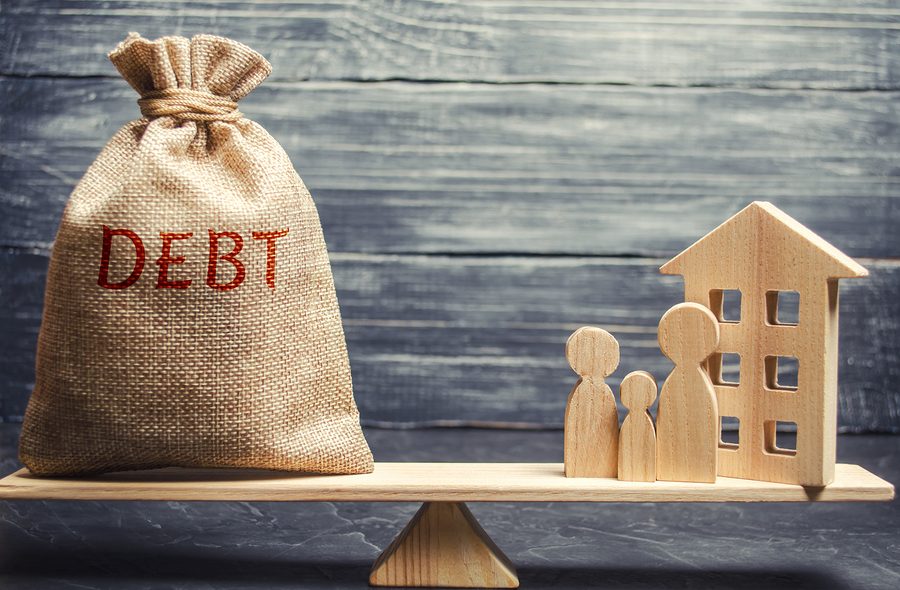 With the cost of attending a university rising each year, more students are taking out student loans to pay for their education.  According to statistics from the Federal Reserve and New York Federal Reserve, more than 44 million American consumers owe a collective $1.6 trillion in student loan debt. Student borrowers oftentimes graduate with up to six figures in student loan debt. Certain steps can be taken to ensure that student loans do not prevent young adults from reaching important milestones, like homeownership.

When being approved for a mortgage, the borrower’s income-to-debt ratio is an important figure considered by potential lenders. Two different ratios are used by potential lenders. One of them is called a front-end ratio, which looks at the loan applicant’s expected mortgage in comparison to his or her monthly income. The second ratio is called the back-end ratio. This figure reviews the applicant’s monthly expenses, including housing costs, car payments, student loan payments, and other monthly expenses, in comparison to the person’s monthly income. If the borrower’s debt far outweighs his or her income, it is unlikely that person will be approved for a mortgage. However, certain steps can be taken to help boost that ratio. If the potential borrower is carrying a high credit card balance, by paying that balance down, he or she can help boost chances of being approved for a mortgage. If the borrower can pay down the balance in full every month, then that debt will not even factor into his or her debt-to-income ratio. 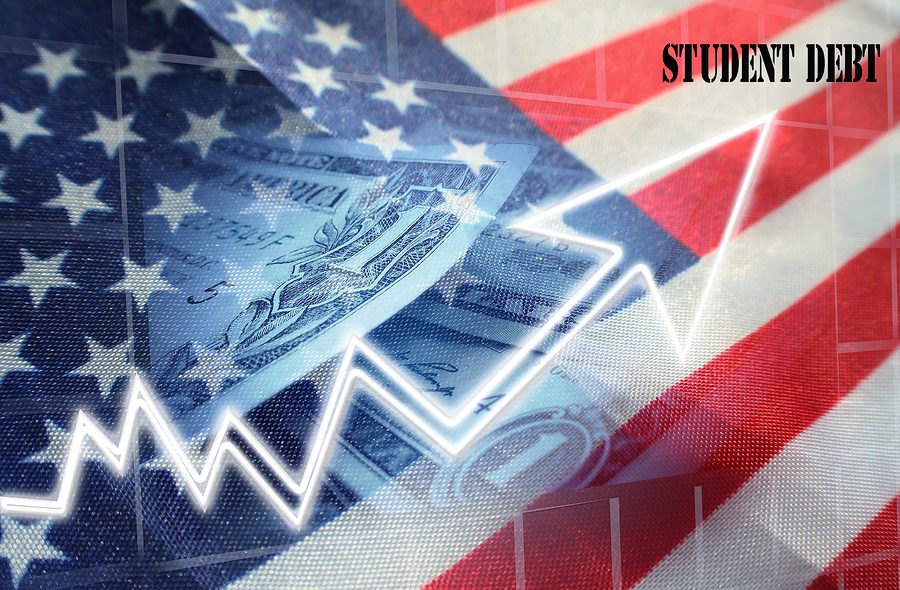 At the start of the COVID-19 pandemic, Congress passed the CARES Act, a $2.2 trillion stimulus bill, that included relief effort for numerous aspects of the economy. The CARES Act paused all federal student loan payments and stopped interest from being incurred on federal student loans. Additionally, the stimulus bill put a stop to all federal student loan collection efforts. However, this bill was passed at the beginning of the pandemic with the thought that relief would no longer be needed through the end of 2020 with the hopes that the COVID-19 crisis would eventually be subsiding. Given the fact that numbers of positive cases are growing, and states are struggling to manage the crisis, it has quickly become clear that additional relief was needed. The original relief offered through the CARES Act was set to expire on September 30, 2020. 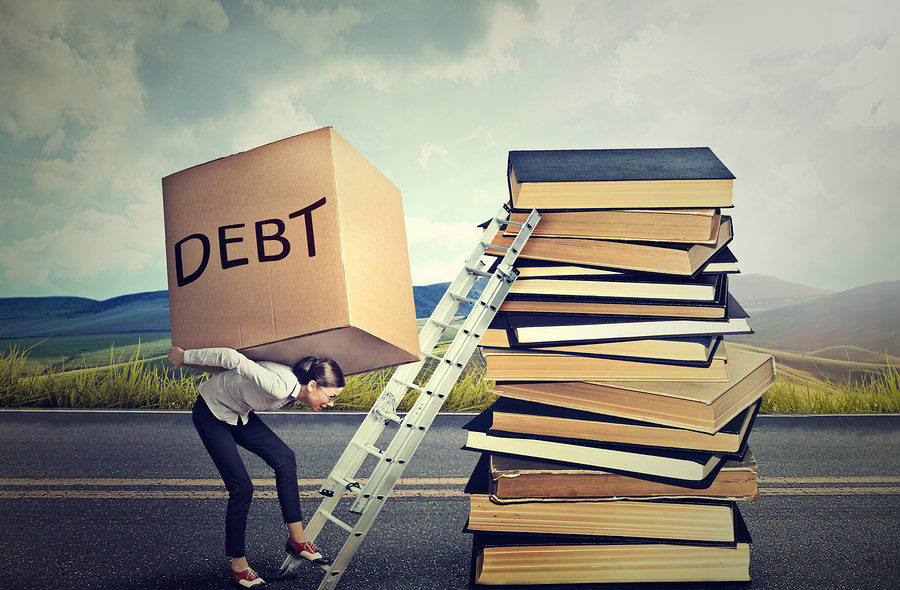 Receiving student loan forgiveness can be difficult to accomplish, which is why so many loan forgiveness applicants are rejected. It is also why many student loan borrowers choose to take the route of income-driven repayment plans to pay off their debt over the course of 10 to 25 years before having the remainder forgiven. However, what many of these borrowers do not realize are the tax consequences that come along with these income-based payment programs.

Under Section 61(a)(12) of the Internal Revenue Code, gross income includes revenue from the discharge of debt amounting to $600 or more in any calendar year, which means any debt that is forgiven at the end of the repayment period is considered taxable income. Depending on how high the outstanding balance is on the borrower’s debt, this taxable amount could be significant. 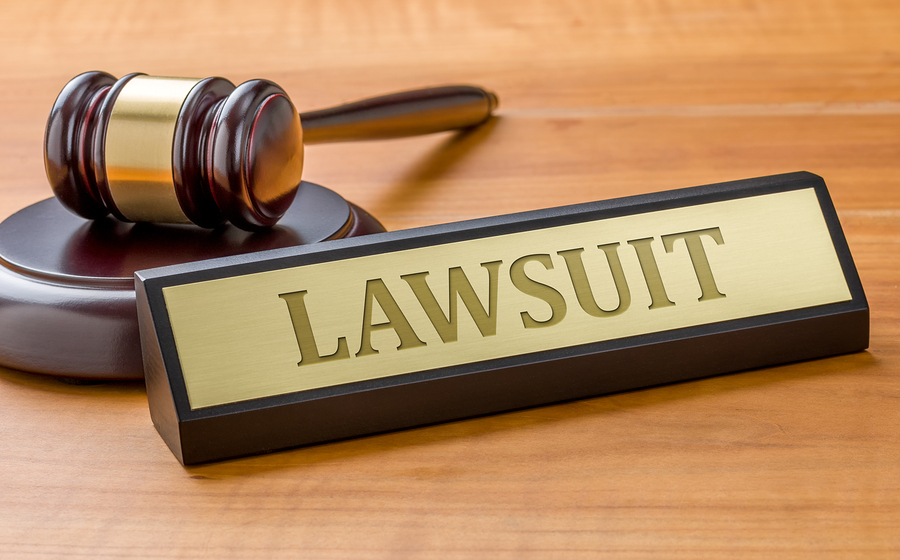 The case comes as a warning to student loan borrowers struggling with their debt and company’s looking to profit from it. The Federal Trade Commission is cracking down on two student loan debt relief operations and the financing company that assisted them. The complaint is alleging the companies charged illegal upfront fees, led consumers to believe the fees would go towards reducing their loan balances, and falsely promised to permanently lower and even eliminate their balances.

The FTC has also charged the companies with locking its customers into high-interest loans and paying their fees without making required disclosures. This caused their customers to sink further into debt. 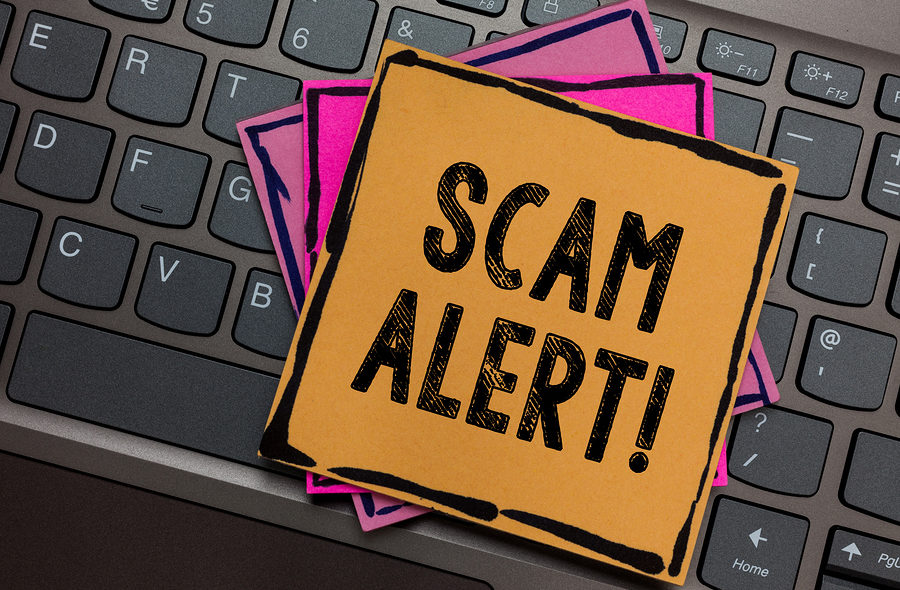 Student loan debt is an issue for many Americans, and for a great number of them, the situation has become a desperate one. This fact could be why so many borrowers are falling prey to student loan debt relief scams.

It is estimated that the national total student loan debt is well over $1.5 trillion. The average student loan borrower in 2018 is carrying just shy of $30,000 in loan debt, according to Student Loan Hero. This figure only represents what the average undergraduate student owes. For a graduate or professional degree, the borrower may end up with student loan debt well into six figures. With this much debt, borrowers can be paying on their loans for decades, which is why many of them jump at the opportunity, when presented, to get some sort of relief on their debt.  The problem is these “relief opportunities” end up being more trouble than they are worth.