When dealing with a collection on a debt, the last thing a consumer wants is to face a garnishment of his or her wages to satisfy the debt. Many times, once the wage garnishment process has started, consumers fear that it is too late to do anything to stop it. It can be stopped, however, with quick action and the right steps taken.

The laws surrounding how to properly object to a wage garnishment can be complicated, and unless the individual is savvy with the legal system, costly mistakes can be made. Even if the person’s wages have already been garnished, consulting with an attorney is still advisable. The key is to act quickly since the law only allows a short window of time for a person to object to a legal proceeding. 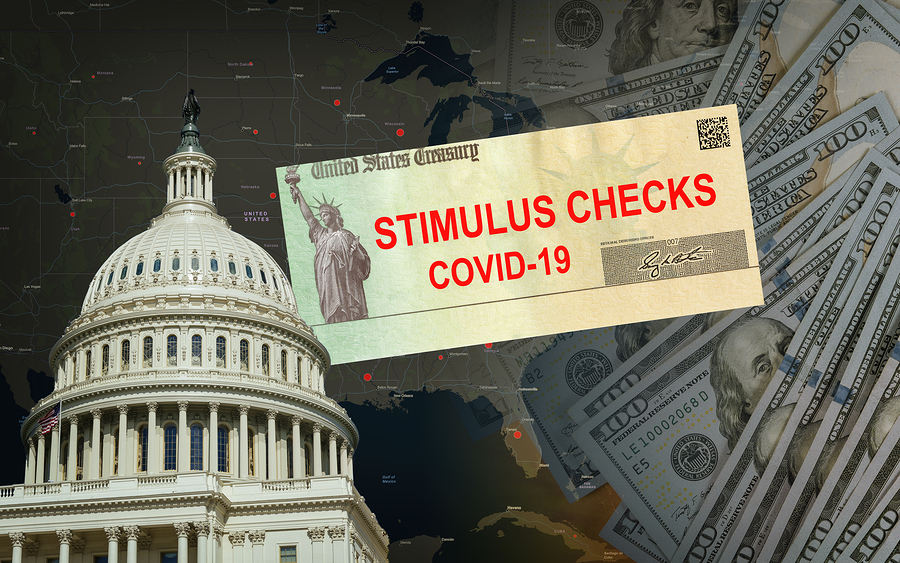 As Americans begin receiving their stimulus checks from the $2.2 trillion CARES Act, many who are struggling with debt, worry this money will be intercepted by creditors seeking payment. More than 80 million stimulus checks have been processed thus far, which is a huge source of relief for the 20 million Americans out of work.

Many creditors view these stimulus payments as a chance to receive payment on outstanding debt, especially those that have already been reduced to court judgments. If a financial institution is given a garnishment order, it is possible they will immediately freeze that amount of money deposited into the account, only providing the consumer a limited amount of time before the funds are taken by the creditor.  However, certain measures can be taken to protect this stimulus money from creditors. 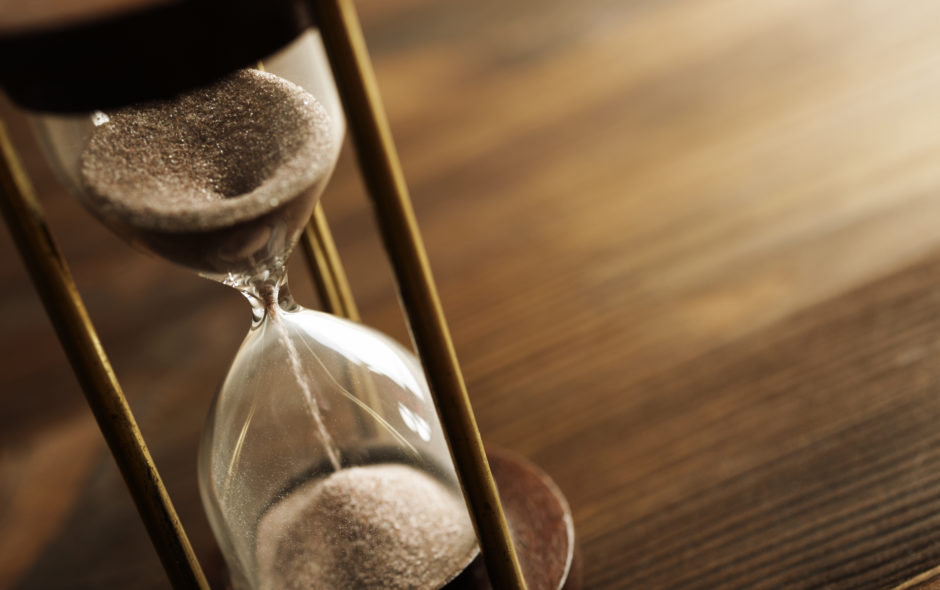 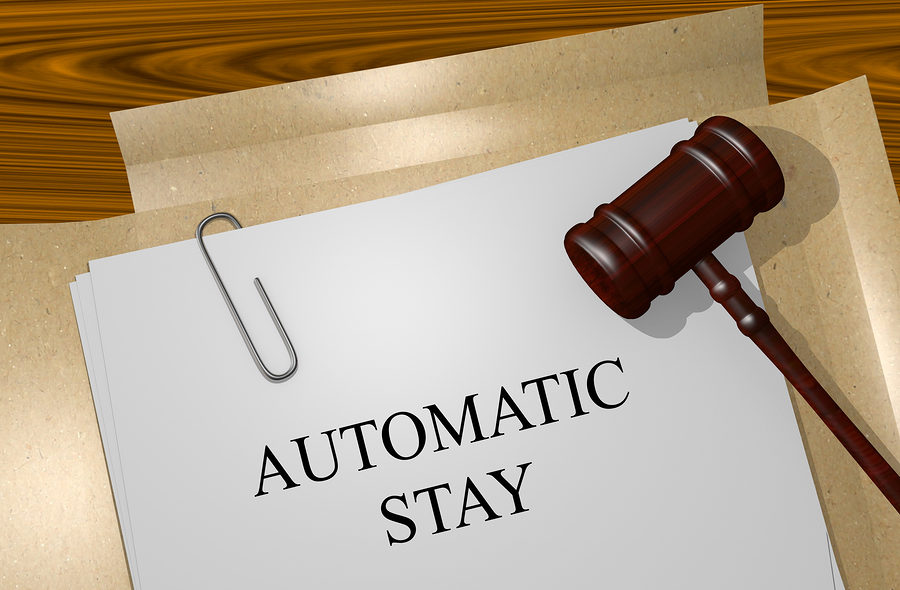 One of the benefits of filing for bankruptcy is the automatic stay and the protections it offers filers who are facing a multitude of collection calls from their creditors. It can also protect a person from lawsuits, wage garnishment, repossession, and losing valuable property.  As soon as the bankruptcy petition is filed, the automatic stay goes into effect. After this point, creditors and debt collectors are legally barred from attempting to collect on any debt owed by the filer. 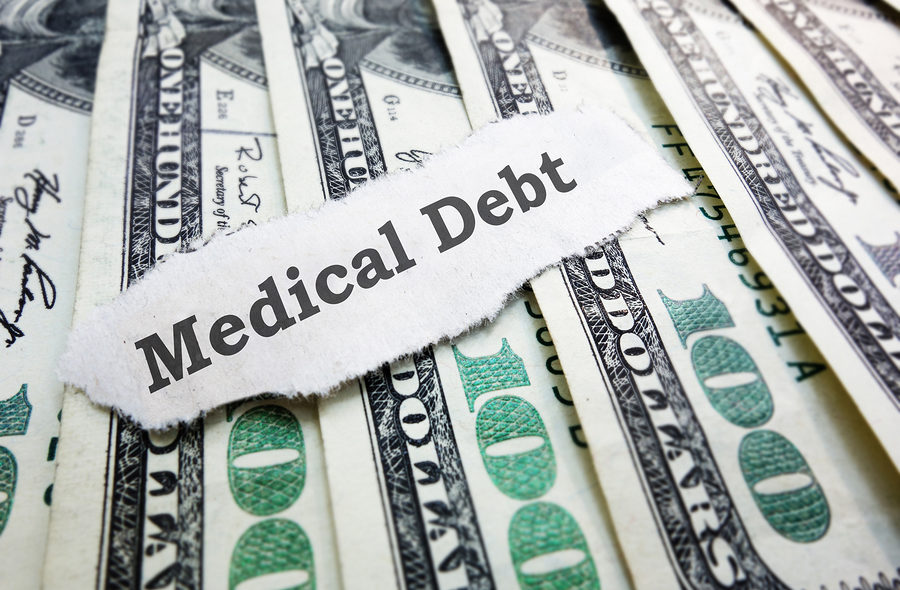 Medical debt remains the leading cause of bankruptcy in America. Thousands of patients at University of Virginia Health Systems (UVA) have seen the devastating consequences of past due medical debt.

Over the course of six years ending in June 2018, the University of Virginia Health System sued former patients over 36,000 times for a sum of over $106 million. The hospital has seized wages and bank accounts of former patients and have put liens on homes and property. This information comes from a Kaiser Health News study, which reviewed UVA Health System’s court records, hospital files, and interviewed hospital officials, as well as former patients.

A credit card company can garnish a person’s wages following a successful judgment, which is why it is important to not ignore collection attempts. While it can be hard to fight wage garnishment after it is entered, consumers do have options to protect themselves in the event this does occur.

One of the best ways to avoid a wage garnishment is to work directly with the credit card company or debt collector. Many times, the company may be willing to work with the consumer rather than go through the effort and spend the legal fees to take them to court.

Debt collectors can be persistent to the point of becoming threatening or intimidating. However, this does not mean consumers are without rights. The Fair Debt Collection Practices Act (FDCPA) protects consumers from unfair debt collection practices by third-party debt collectors. The law provides when debt collectors can contact individuals, what information they can provide to third parties, and other protections.

In 2018, the Federal Trade Commission received a total of 84,500 complaints regarding debt collectors. The following violations are the most common offenses made by debt collectors.

Any person who is contacted regarding a debt has the right to get written verification of the amount owed. Under the FDCPA, the debt collector must send written verification of the debt within five days after making initial contact. In that communication, the debt collector needs to provide the amount owed, the name of the original creditor, and information regarding how the individual can dispute the debt. However, many debt collectors fail to follow through on this requirement. Alternatively, many consumers are not aware they have the right to request this information.

Many parents will do anything possible to help their children get a higher education, and that desire to help often takes the form of financial aid. It is estimated that at least 3.4 million individuals have taken out a Direct PLUS Loan to help pay for their child’s college education.  Before considering these loans, it is important to be aware of the risks that come with this form of financial assistance.

Direct PLUS Loans allow parents of eligible college students to take out loans for their children’s education through a federal government program. The U.S. Department of Education is the lender, which is why many borrowers believe that these loans offer a safe and secure option to pay for their child’s education.

Many different factors play into why a person decides to file for bankruptcy. For many consumers, the cost of healthcare and staggering medical bills play a major part in why they file bankruptcy.

According to a recent report published by the American Journal of Public Health, 66.5 percent of all bankruptcies are related to medical debt, whether it be the cost of medical care or the time away from work required due to the injury or illness. The study reviewed court filings for a random sample of 910 Americans who filed for bankruptcy between the years 2013 and 2016. They found that 530,000 families file for bankruptcy annually due to either a medical issue or medical bills.

Medical bills often come at a completely unexpected time, which is a big reason why they play such a major role in personal bankruptcy. The cost of medical care is high enough as it is, and it only takes one major medical crisis to set someone back thousands of dollars. When a person is already living on a limited income to pay for basic living expenses, these unexpected medical bills can put him or her in a serious bind. If a major medical crisis also leads to the loss of a job or if the person is under-insured, the results can be even more devastating.  Even if someone does have savings, one trip to the hospital could quickly deplete that account.

Medical expenses were not the only reason people filed for personal bankruptcy. The study also reported that 45 percent surveyed cited not being able to afford their mortgages as their reason for filing. Other factors also included student loan debt, a major life event, such as a divorce or job loss. Many consumers reported a combination of two or more of these factors as a leading cause of why they filed for bankruptcy.

Other factors that played a role in personal bankruptcy filings had to do with the location of the filer. The report showed that someone who lives in a larger, metropolitan area is more likely to fall behind on their basic living expenses when compared to someone else who lives in a more rural part of the country. Additionally, medical debt statistically is more common in certain areas of the country when compared to others.

The good news is if medical debt does make up a large part of the total debt the filer is carrying, this category of debt is considered unsecured and can be discharged in a Chapter 7 or Chapter 13 bankruptcy case. Unsecured debt is debt that is not otherwise tied to an asset, including credit card and medical debt. Rather than struggle with paying medical bills for too long, a consumer who finds himself or herself in a troubling financial situation due to a medical crisis should consult with a bankruptcy attorney to see if bankruptcy is a good option for him or her.

How is Medical Debt Handled in Bankruptcy?

In bankruptcy, medical debt is treated the same as credit card debt. Medical bills are listed as general unsecured debt and can be easily wiped out in a Chapter 7 bankruptcy filing.  Making the decision to file for bankruptcy is never an easy one.  It can be difficult to get past some of the myths associated with filing for bankruptcy. Sometimes by waiting, an individual facing a lot of debt can find himself or herself in an even worse situation. Filing for bankruptcy can help protect valuable assets, including your home, car, IRA and social security.  It will put an end to wage garnishment and any lawsuit being filed to collect on the debt, thanks to the protections of the automatic stay.