The Internal Revenue Service (IRS) has been found to have violated a bankruptcy discharge according to a recent decision by the First Circuit Court of Appeals. Despite the IRS’s argument that it acted under a good faith belief that it had the right to continue to collect debts that were otherwise discharged in a bankruptcy.

The matter was decided in the case of Internal Revenue Service v. Murphy, 65 Bankr.Ct.Dec. 195 (2018). In this case, Murphy had received a bankruptcy discharge in 2006. However, despite this discharge, the IRS still attempted to collect on the debt on the belief that his tax obligations were not discharged under 11 U.S.C. § 523(a)(1)(C). This code section allows an exception to discharge for any tax if the “debtor made a fraudulent return or willfully attempted to in any manner to evade or defeat such tax.”

Murphy fought back under Section 7433(e) of the Internal Revenue Code, which allows the individual filing bankruptcy to petition the bankruptcy court to recover damages against the U.S. when the IRS has willfully violated the automatic stay or the final bankruptcy discharge.

In its defense, the IRS argued that that Murphy filed a fraudulent tax return to evade or defeat a tax, they had a right to try to collect on the debt from that debtor.

The lower court found that the IRS failed to file an objection prior to the bankruptcy discharge, both before or appropriately after the order was entered. The IRS continued trying to collect on the debt. It got so severe as the IRS levying insurance companies that did prior business with Murphy. In response, Murphy pursued a proceeding in bankruptcy court to get an official declaration from the court that the taxes were discharged in the original order.

Even though the IRS insisted that they were pursuing the debt in good faith because of tax evasion by Murphy, they never actually submitted evidence of evasion. The bankruptcy court granted a judgment for Murphy in 2010, declaring that his debts were, in fact, discharged. Even after this order, the IRS did not appeal this ruling. Instead, they continued to try to collect on the debt.

Murphy later filed another complaint against the IRS in 2011stating that by the levies the IRS issued in 2009, they were violating the discharge under Section 7433(e). The IRS fought back by saying they were not willfully violating the discharge, insisting that they were acting under the good faith exception. The bankruptcy court found in favor of Murphy, ruling that a willful violation includes the person acting “with knowledge of the discharge,” intending to take an action to collect on a debt the entity or person knows was discharged. The IRS did appeal this decision to Federal district court, who vacated the bankruptcy court decision but agreed with the definition of willful violation.

Eventually, after the case was remanded, the IRS settled the matter out of court in 2017. In the settlement, the IRS agreed to pay Murphy $175,000 in damages, only if it lost an appeal on the question of whether Section 523(a)(1)(C) provides a good faith exception to willful violation under Section 7433(e).

The IRS lost on its bet that the appeal would go in its favor. Instead, the First Circuit ruled that a creditor has willfully violated an automatic stay if it knew of the automatic stay or discharge and took an intentional action that violated the stay or discharge. The court ruled that a good faith belief in a right to property did not matter when determining whether the creditor’s action was willful. The court considered bankruptcy discharge to be equivalent to a violation of the automatic stay.

Looking back at the procedural history, the appeals court did note that the IRS could have but did not file an objection to discharge during the original bankruptcy proceedings. Further, they could have filed an adversary proceeding prior to collection to get an official statement from the court that the debts were not discharged. None of this was done in this case. This is not to say the IRS must appear in every bankruptcy case to have the taxpayer’s debts excepted from discharge. It may wait until the discharge is issued as a defense to collection efforts, but the IRS must prove some evidence and factual basis for their objection.

If you or a loved one are in financial crisis and considering filing for bankruptcy, contact an experienced Miami bankruptcy attorney who can advise you of all of your options. As an experienced CPA as well as a proven bankruptcy lawyer, Timothy Kingcade knows how to help clients take full advantage of the bankruptcy laws to protect their assets and get successful results. Since 1996 Kingcade Garcia McMaken has been helping people from all walks of life build a better tomorrow. Our attorneys’ help thousands of people every year take advantage of their rights under bankruptcy protection to restart, rebuild and recover. The day you hire our firm, we will contact your creditors to stop the harassment. You can also find useful consumer information on the Kingcade Garcia McMaken website at www.miamibankruptcy.com. 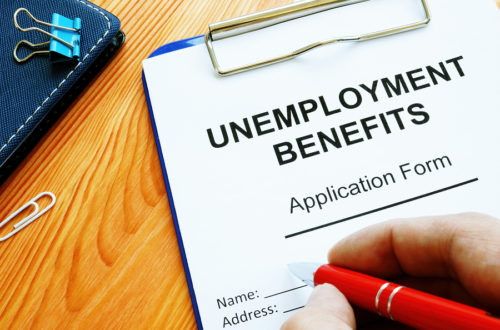 How to Avoid a Big Tax Hit on Coronavirus Unemployment Benefits
May 27, 2020