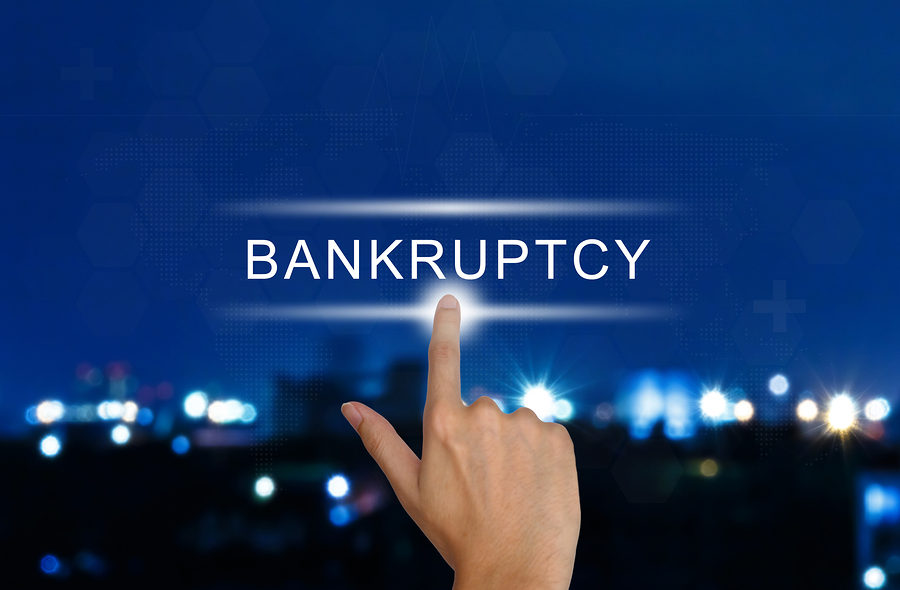 Filing for bankruptcy can be an emotional and sometimes stressful process. However, enlisting the help of an experienced bankruptcy attorney can make the process painless and worry-free.  Many clients have little understanding about what is involved when they file for bankruptcy.  Bankruptcy is a legal proceeding where a judge and bankruptcy trustee review the financial situation of individuals or businesses who are not able to pay their financial obligations and discharge qualifying debts that they are no longer able to pay.

The Purpose of Bankruptcy

Bankruptcy is meant to give an individual a fresh financial start, allowing that person to wipe the slate clean. It also serves as a way to give the filer some sense of relief through the protection of the automatic stay, which means creditors are prohibited from continuing collection actions against the filer. This allows the person time to regroup, protect valuable assets and work with the bankruptcy trustee to eliminate their debts. 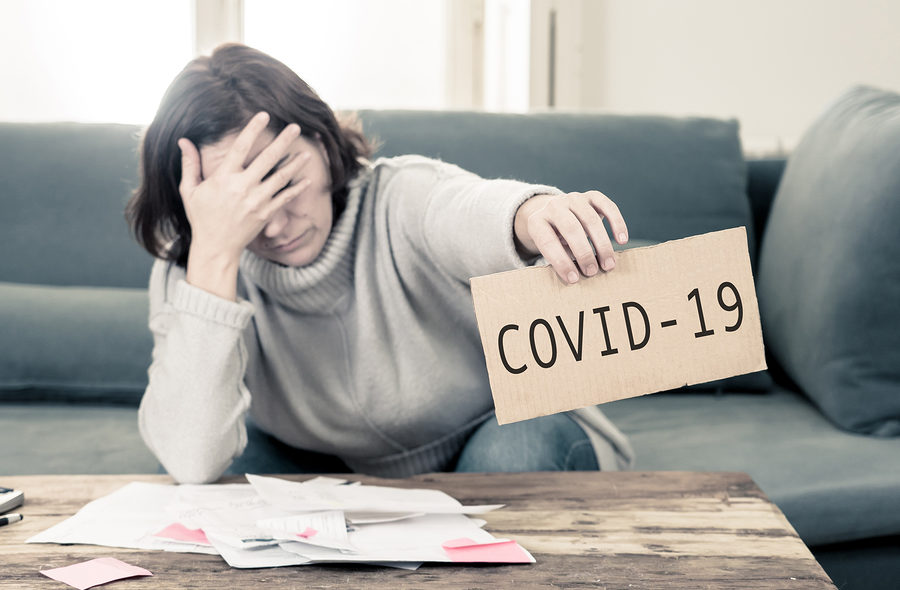 The coronavirus (COVID-19) crisis has hit South Floridians hard. With stay at home orders issued, many are finding themselves out of work and stuck at home. Many have lost their jobs due to temporary or even permanent layoffs. Without a reliable source of income, these individuals may find themselves struggling to pay their bills. The following tips can help consumers manage their debt during this difficult time.

Under the federal Coronavirus Aid, Relief and Economic Security Act or CARES Act, which was signed into law by President Trump on March 27, 2020, federal student loan payments held by the U.S. Department of Education will be suspended for a period of six months with no interest accruing until September 30, 2020. This payment suspension occurs automatically and does not need to be requested by the individual. 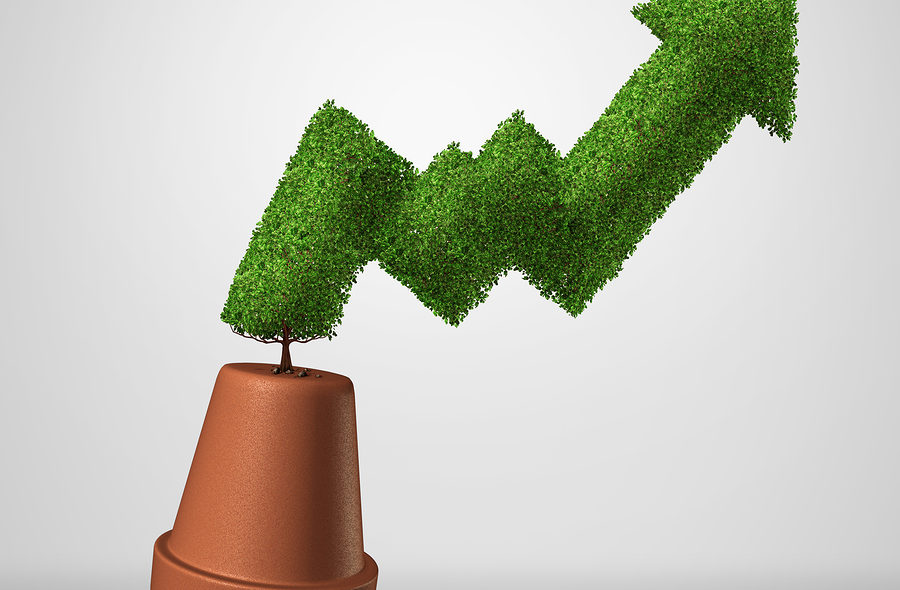 With the rising costs of health care and inflation, it is not uncommon for seniors to seek bankruptcy relief. Although bankruptcy can remain on a filer’s credit report for seven to 10 years, depending on the type of bankruptcy, there are certain steps seniors can take to boost their credit score during this period.

One of the most important steps a senior can take after filing for bankruptcy is to prepare a budget. Many agencies, including the AARP Foundation, will work with the senior to prepare one. Most seniors live on fixed incomes, which leave very little room for unexpected expenses, such as large medical bills or expensive home repairs. However, if senior consumers can put together a plan that gives them leeway to pay for the unexpected, this budget will help them prevent falling into the same financial situation, again. 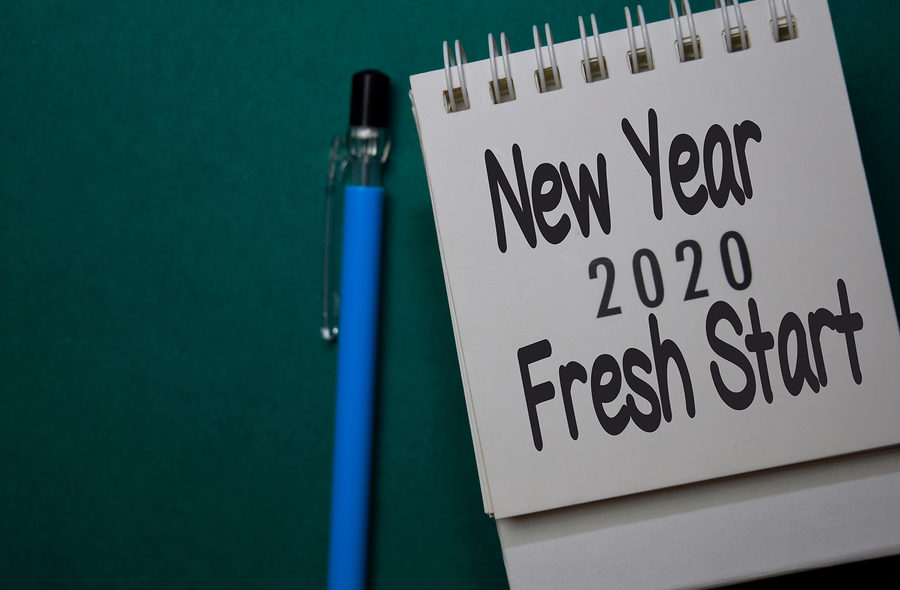 Here are some tips to help you keep your New Year’s debt resolutions: 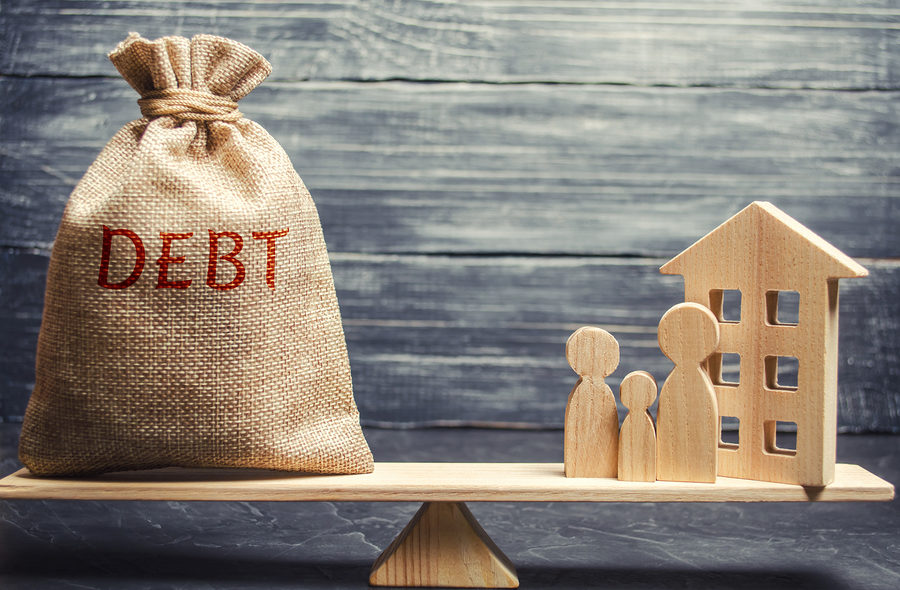 When someone is facing the possibility of bankruptcy, the thought of losing his or her home is a very real and frightening one. However, the protections of the bankruptcy automatic stay can help the filer protect his or her home through a Chapter 7 or Chapter 13 filing. The key to this protection rests heavily on the type of bankruptcy filing and the filer’s financial situation. The bankruptcy automatic stay also offers filers who are facing a multitude of collection calls relief from their creditors, protect them from lawsuits, wage garnishment, repossession, and losing valuable property.

As soon as the bankruptcy petition is filed, the automatic stay goes into effect. After this point, creditors and debt collectors are legally barred from attempting to collect on any debt owed by the filer. 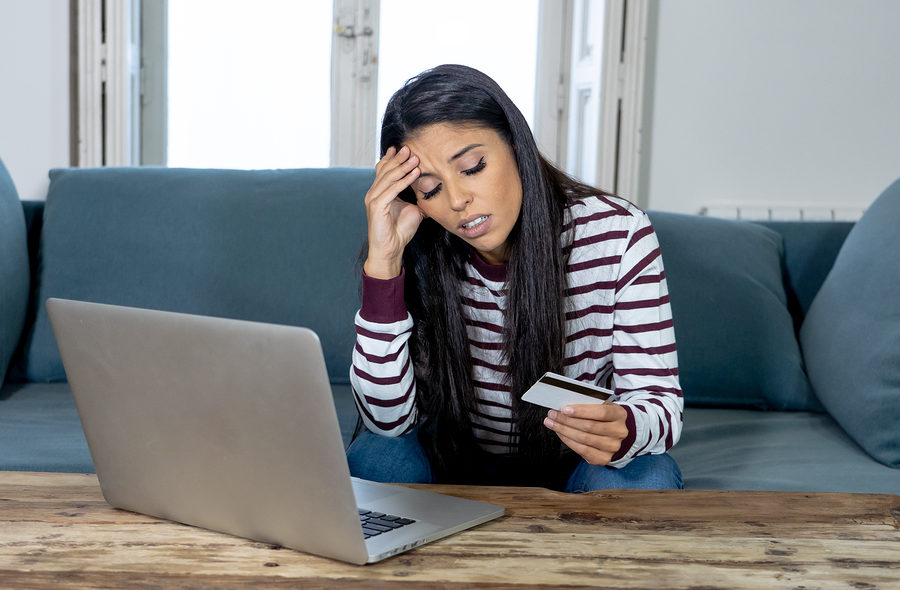 Credit card debt can be a necessary evil, especially when it comes to establishing one’s credit score. However, the problems arise when that credit card balance gets out of hand to the point where the cardholder can no longer pay down the balance. The stress of mounting credit card debt can also affect a person’s health, according to a study from CompareCards.com.

The study shows that credit card debt is taking its toll on the health and well-being of many American consumers. According to the report, fewer cardholders can pay their balances in full at the end of each month. Anything left on those balances roll over to the next month and are compounded even more by interest. Before long, those balances inch closer and closer to the allotted credit limit. One in three consumers surveyed by WalletHub reported being fearful that they will max out their credit cards. 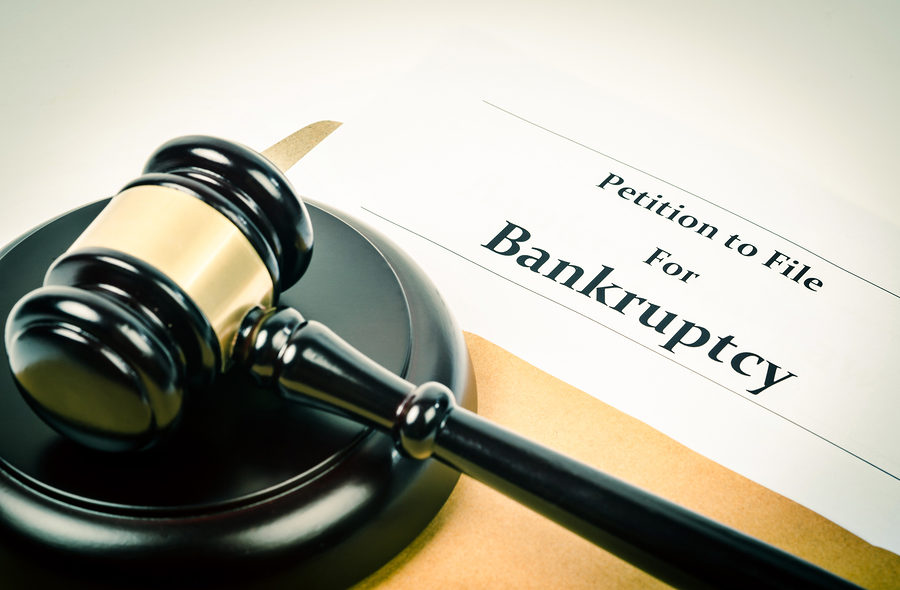 Many business owners worry about what will happen to their companies and their business assets when facing bankruptcy or a lawsuit. It is important for any business owner that he or she creates an asset protection plan for these exact types of situations.

The first step is to develop a debt management plan for the business. Having debt is not always a bad thing. The key is to manage the debt in an intelligent manner to stay out of trouble.  Business loans will usually involve offering business assets as collateral, which means that if the business owner ends up defaulting on the loan, the lender can seize the collateral to pay the debt. Some lenders will require borrowers to sign a personal guarantee if the collateral is not enough to cover the debt. 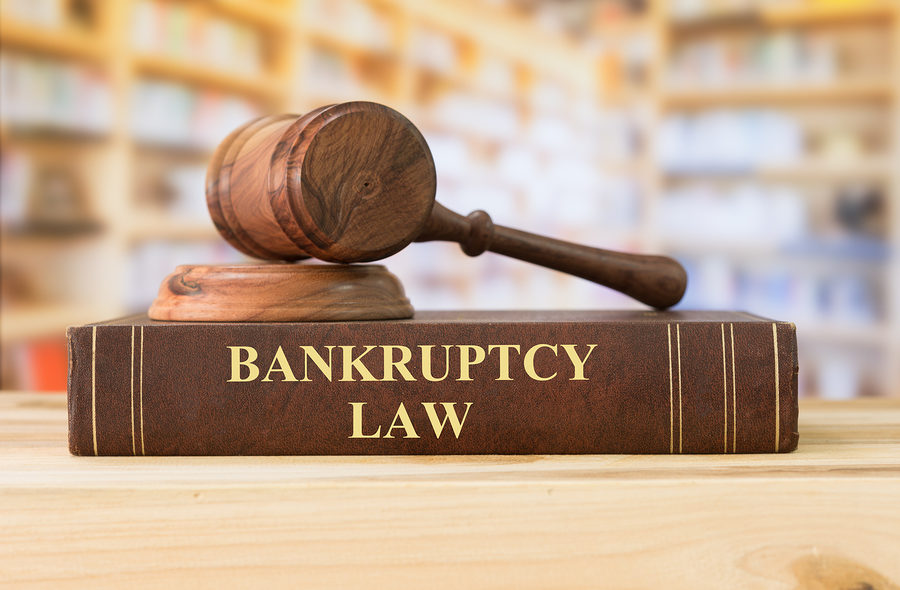 President Trump signed legislation into law on August 23, 2019, that offers bankruptcy relief that will benefit veterans, small business owners and farmers. Now that these changes are being implemented, they will have long-lasting, positive effects when it comes to access to bankruptcy relief for these individuals.

The first piece of legislation is the Family Farmer Relief Act of 2019. It doubles the debt ceiling allowed under the Bankruptcy Code for a “family farmer.”  This relief increases the number of farmers eligible to receive relief under Chapter 12 reorganization bankruptcy, which is a special form of bankruptcy that is designed to meet the needs of farmers facing financial difficulty. 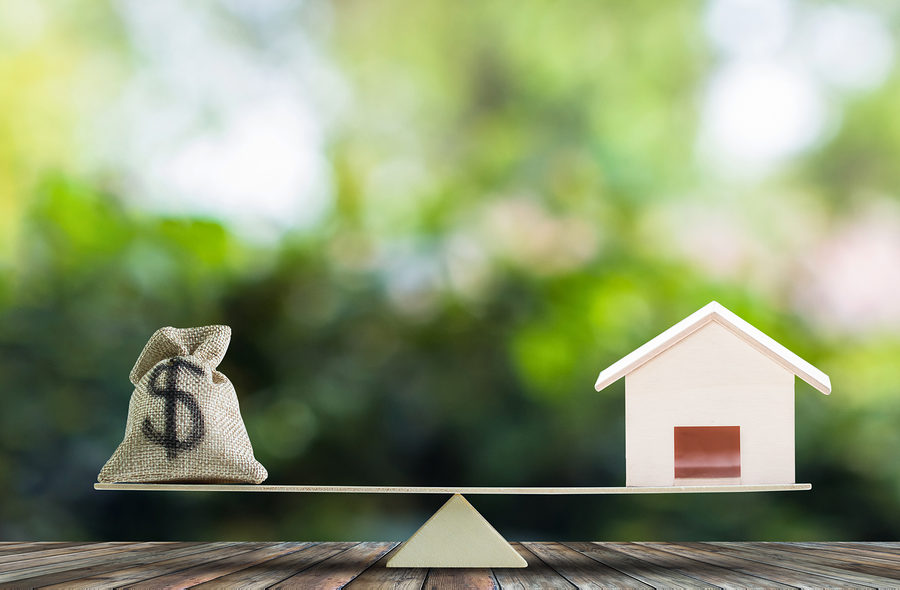 Approximately a quarter of homebuyers and renters carrying personal debt were denied approval for either a mortgage or lease, according to Zillow’s recent report on Consumer Housing Trends. It was reported that medical debt had the most impact on homebuyer’s budgets and whether they would qualify for a mortgage.

While student loan debt has been reported as being a major factor keeping many younger people from purchasing a home, it turns out medical debt is an even bigger factor.

According to Zillow, medical debts are more likely than any other type of debt to keep American consumers from either purchasing or renting a new home. They conducted a survey which showed that 38 percent of people who owe money for medical or healthcare expenses say they were turned down for renting a home or taking out a mortgage due to those debts. According to Zillow, this group represented the largest rate of rejection- more than any other kind of debt, including credit cards and student loans. 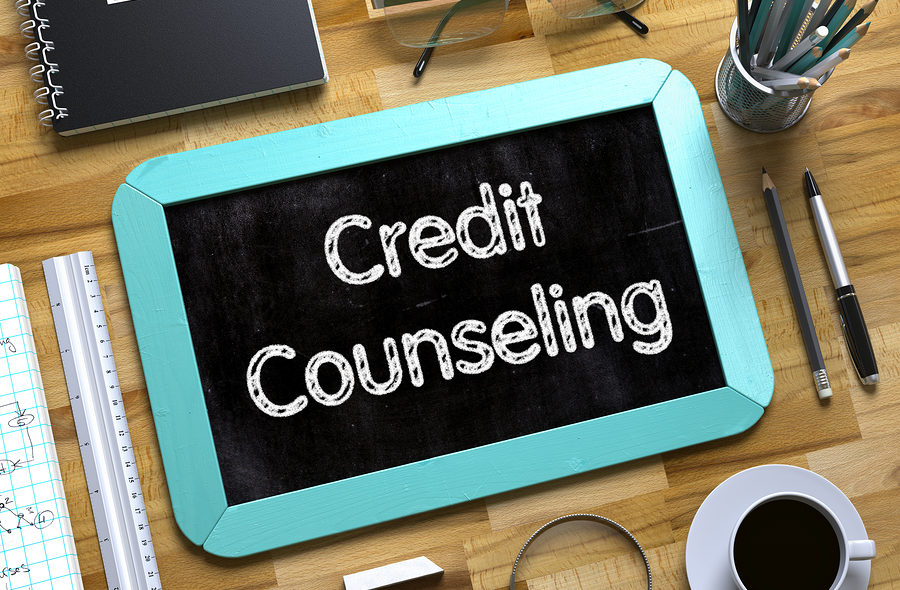 Whenever a person files for Chapter 7 or Chapter 13 bankruptcy, he or she must submit proof that a credit counseling course from a nonprofit credit counseling agency was successfully completed. The purpose of this course is to help the filer determine whether he or she can pay his or her debt outside of bankruptcy and provide proper financial guidance to prevent an additional bankruptcy filing in the future.

According to the Federal Trade Commission (FTC), all bankruptcy filers must take an approved credit counseling course prior to filing. The U.S. Department of Justice’s U.S. Trustee Program keeps a list of approved programs if filers are not sure where to go. Proof of completing a program must be submitted before the bankruptcy case can proceed further. In fact, this proof must be submitted within 180 days prior to filing for bankruptcy. The filer will normally walk away from the credit counseling program with a repayment plan, if a plan is realistic, although nothing in the FTC rules requires the filer to follow that specific plan.