A senior official appointed by U.S. Department of Education Secretary Betsy DeVos has resigned, declaring the student loan system to be “fundamentally broken” and calling for the forgiveness of billions of dollars of student loan debt.

The official, A. Wayne Johnson, was appointed as the Chief Operating Officer of the Department of Education’s Office of Federal Student Aid. This office manages the country’s outstanding student loan debt, which stands at an estimated $1.6 trillion. During his tenure, Johnson worked in a role specifically dealing with managing how student loans are serviced.

Johnson’s statements that the student loan system needs major repair come at a time when the student loan crisis is reaching an all-time high. Upon his resignation, Johnson said he truly believes the system needs a major overhaul after watching the number of borrowers defaulting on their student loans skyrocketed in recent years, realizing that, in the end, a majority of the student loan debt owed will never be repaid.

It is estimated that at just five years into their repayment plans, half of student loan borrowers will not have paid even $1 towards the principal owed on the debt, according to Department of Education figures. It is also estimated that approximately 40 percent of all borrowers will default on their obligations by 2023. The effect this will have on the borrower’s credit score, Johnson has said, is both devastating and unfair.

He proposed forgiving $50,000 in student debt for all borrowers, which comes to $925 billion in total. However, many individuals have already repaid their loan obligations and have balked at this proposal. For these borrowers, he suggests offering them a $50,000 tax credit, that will be paid for with a one percent tax on corporate earnings.

Student loan forgiveness has always been a source of contention for Secretary DeVos. Recently, she was quoted as criticizing Democrats’ plans to erase student loan debt as “crazy.”

While Johnson may have resigned from his position at the Department of Education, this does not mean he is out of the political game. He has announced that he will be running for a current open Senate seat in Georgia. His position is unique in that he is one of the first Republican politicians to support such widespread student loan forgiveness. 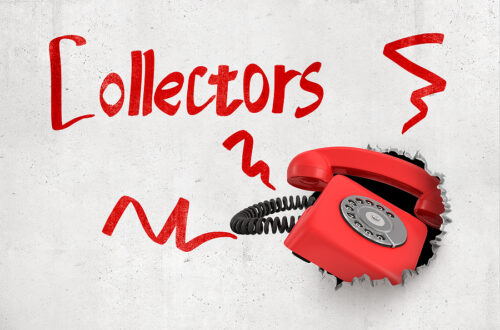